An integrated genomic and transcriptomic analysis of progeny from reciprocal crosses between tetraploid and hexaploid wheat species reveals parental contributions to gene expression during various stages of seed development. 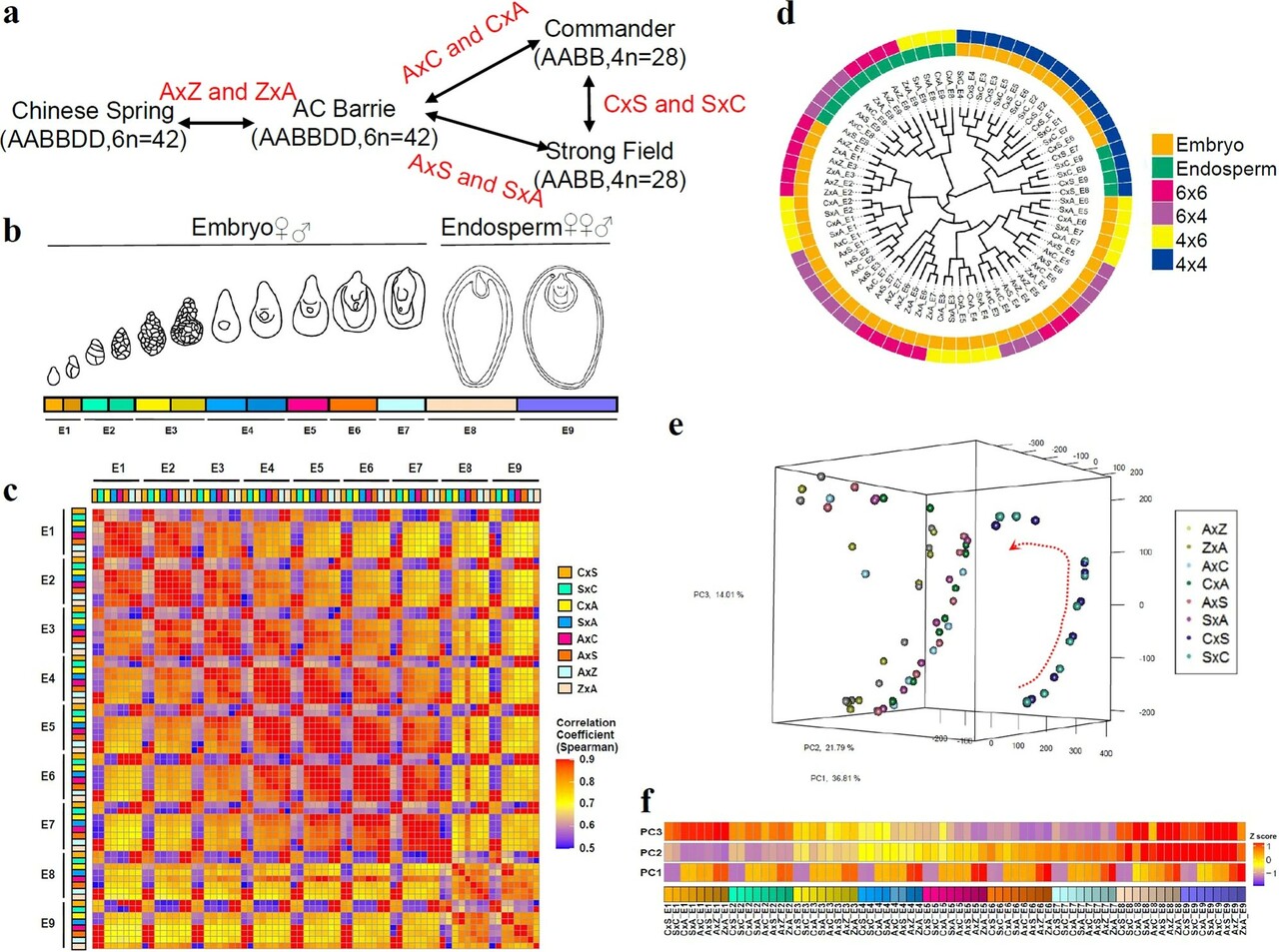