When it comes to human evolution, Africa rightly takes center stage. Fossil finds from East and South Africa document the emergence of the big-brained and bipedal Homo genus more than 2 million years ago1, while modern human presence outside Africa has been traced back using genomics to movement out of Africa more than 50,000 years ago2,3. But the discovery of extinct hominin fossils outside Africa – from Dmanisi hominins in Georgia4 to Dragon Man in China5 – have shown that parallel experiments in hominin evolution were taking place across neighboring Eurasia through much of the past 2 million years.

The recovery of DNA from fossils of extinct Eurasian hominins has revealed that distinct human species in Africa and Eurasia were not always evolving in mutual isolation. The first evidence of interhominin entanglement came through comparisons between Neanderthal and modern human genomes: individuals of European and Asian descent inherit a small fraction of their genomes (1-4%) from Neanderthals6. Modern humans emerging from Africa had met and mated with Neanderthals in Europe by about 40,000 years ago before populating the rest of the world.

In the years since this discovery, our view of recent human evolutionary history has been transformed, with many new chapters and indeed, new Eurasian hominins coming to light.

Dating of Neanderthal remains found in sites spanning much of western Eurasia suggests they had emerged by at least 140,000 years ago and disappeared about 40,000 years ago7,8. The recovery of the first complete Neanderthal nuclear genome from specimens in Vindija Cave in Croatia and the subsequent detection of Neanderthal DNA in the genomes of modern non-Africans resolved long-standing debates in the field regarding Neanderthal contribution to our gene pool6. But this was soon followed by the somewhat perplexing observation that East Asians appeared to have approximately 20% more Neanderthal ancestry than Europeans9, suggesting a more complex history of encounters between Neanderthals and modern humans than a single meeting when modern humans entered Eurasia about 50,000 years ago.

In 2016, Lazaridis and colleagues showed that individuals living during and before the Neolithic in the Near East carried substantial genomic ancestry from a basal Eurasian group containing no appreciable Neanderthal ancestry14. This basal group likely separated from other non-Africans – who would go on to mate with Neanderthals – soon after leaving Africa. Early Near Eastern farmers carrying the basal Eurasian ancestry migrated into Europe, diluting some of the Neanderthal admixture in contemporary European populations by mixing with them.

Even while assuming a single major encounter between Neanderthals and early non-African humans, the 20% European deficit in Neanderthal ancestry may thus be largely explained by a combination of shorter generation interval compared to East Asians, back-migration of Europeans into Africa, and dilution of Neanderthal ancestry by mixing with a basal Eurasian population that never or minimally interbred with Neanderthals.

Chen and colleagues also found that some of the sequences shared between Neanderthals and Africans had passed into Neanderthals via an earlier human migration out of Africa between 100,000 and 150,000 years ago, long before they mated with Eurasians about 40,000-50,000 years ago.

To examine more evidence of earlier human migrations out of Africa, we must meet another extinct Eurasian hominin group, the Denisovans, whose genomes live on as fragments in modern Pacific Islanders, and to a lesser extent, in East, South, and Southeast Asians17. Denisovans were first discovered through sequencing DNA from a single hominin finger bone excavated from Denisova cave in Siberia18. The Denisovan nuclear genome places it closer to Neanderthals than to modern humans, with the common ancestor of Denisovans and Neanderthals likely diverging from the ancestor of modern humans more than 550,000 years ago19.

The paradox is explained by an early migration of a group ancestral to modern humans out of Africa into Europe followed by interbreeding with Neanderthals and complete replacement of their mitochondrial DNA. The divergence time of all known Neanderthal mitochondrial genomes is about 270,000 years ago19. The introduction of the African mitochondrial lineage into Neanderthal ancestors must have occurred sometime between 270,000 and 430,000 years ago.

A 2020 study provided further evidence of an earlier African movement into Europe by finding DNA  deriving from ancient African humans in the Neanderthal nuclear genome, that was introduced into ancestral Neanderthals between 200,000 and 300,000 years ago20. It seems plausible that this is the same event that led to the mitochondrial genome replacement, which would indicate that the human fragments in the Neanderthal genome came from an ancient group of humans that had split off from our African lineage by about 430,000 years.

Combined with Chen and colleagues’ finding that there was possibly ancient human-Neanderthal interbreeding 100,000-150,000 years ago, this suggests the possibility of multiple Out-of-Africa forays into Europe. Neanderthals kept records of these movements in their genomes, pointing to a more mobile and connected world of human species during the Middle Paleolithic than previously known.

New hominin fossils from the Sima de los Huesos site in Spain, first reported in 2014, were immediately thought to represent Neanderthal ancestors21. Dated to about 430,000 years ago, their teeth and bones share many features with Neanderthals, but lower cranial capacity and primitive nasal features suggested that they weren’t quite Neanderthals.

The recovery of nuclear and mitochondrial DNA from the Sima de los Huesos hominins – the oldest hominin DNA extracted to date – presented the opportunity to place the morphological inferences under a genomic lens. Meyer and colleagues found that these early Eurasian hominins did indeed represent ancestral Neanderthals that had already split off from Denisovans22, which is consistent with the older dates for the Neanderthal-Denisovan split predicted by previous studies.

A mitochondrial genome recovered from these hominins was more closely related to Denisovans than to Neanderthals. This suggests that Meyer and colleagues had caught the Neanderthal ancestors before their mitochondrial genomes were replaced by encounters with ancient humans from Africa, neatly bookending a chapter of early human history that we could not have learnt about without the genomes of our hominin cousins from Eurasia.

The presence of Neanderthal and Denisovan ancestry in many modern human populations raises the possibility that there are other as yet undiscovered extinct hominins we may be harboring genes from. And indeed, novel approaches for detecting archaic hominin fragments in genomes without knowing the identity of the hominins themselves are beginning to provide tantalizing clues to other dispersals and interactions between hominins across Eurasia, in addition to those involving Neanderthals and Denisovans23. For instance, Hubisz and colleagues recently discovered that 1% of the Denisovan genome derives from an unknown archaic hominin and 15% of these fragments made it into modern humans following interbreeding with Denisovans in Eurasia20. It is tempting to speculate that this unknown hominin was in fact a species known from the fossil record, such as Homo erectus, but without the genome of the hominin itself, we cannot know for certain.

A decade since the first complete Neanderthal genome sequence was reported, interbreeding between contemporary hominin species has become well-established at least for the timespan in which DNA can be instructive. There is little reason to believe this was not true throughout the entire history of the hominin lineage. 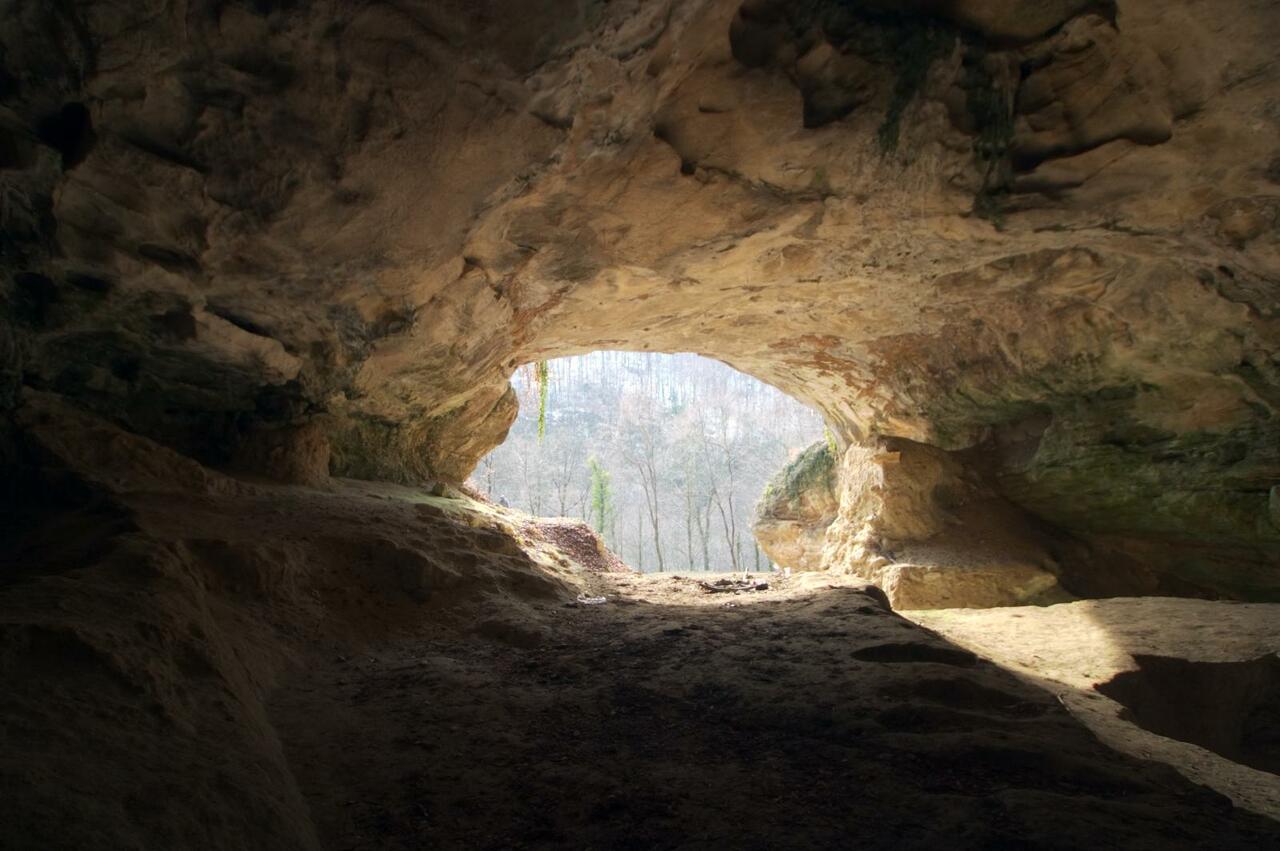