Uncovering the legacy of our Neanderthal ancestors

One of the older members in your family tree was probably a Neanderthal. What might have you inherited (or not inherited) from these archaic ancestors?

Picture your family tree and all the attributes you inherited from your ancestors. 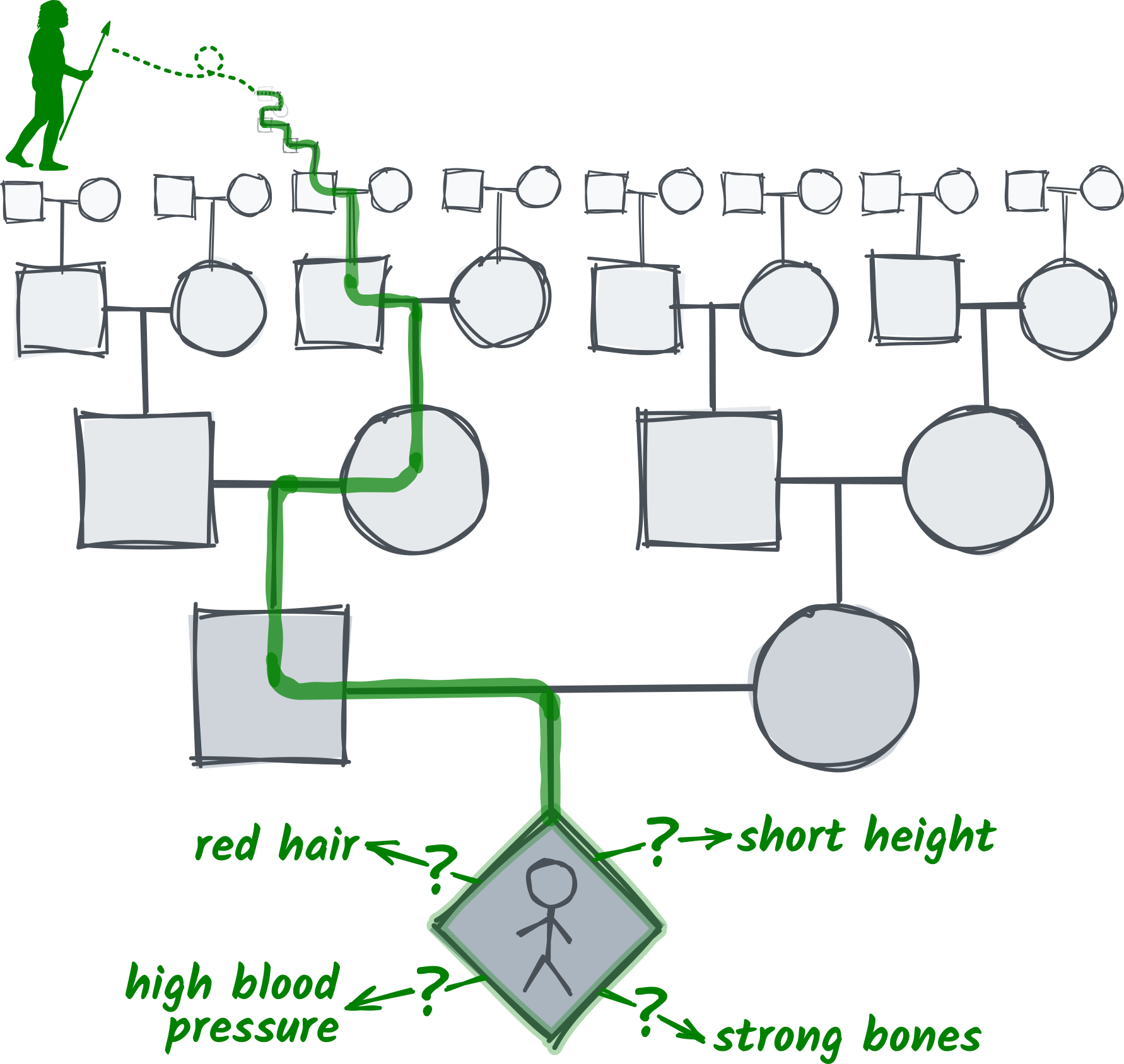 You might be envisioning your parents, grandparents, and maybe even great-grandparents. You may have your father’s sense of humor or your grandmother’s love for travel. You likely also thought of some genetic traits that run in your family: red hair, short stature, high blood pressure, strong bones.

But chances are that you did not think back to your great-times-2000 grandmother who might have been a Neanderthal. Analysis of ancient DNA from fossils has revealed that nearly all present-day humans have small amounts of Neanderthal ancestry due to interbreeding about 50,000 years ago.

What might you have inherited from her? Did Neanderthals—our closest non-living relatives—contribute to differences between modern humans today? Due to advances in DNA sequencing, we have discovered that Neanderthals left us individual genetic variants—differences in our DNA sequence—that contribute to many traits including hair and skin color, immune response, and metabolism. However, most medically and evolutionarily relevant traits are complex, with contributions from hundreds or thousands of parts of the genome. Until now, we lacked a comprehensive genome-wide look into how our ancient relatives contributed to the genetics of many diverse traits today.

To address this, we used new statistical tools to estimate whether genetic variants that trace back to our Neanderthal ancestors contribute to the variation in traits found in modern Europeans today. We asked questions like, “Do Neanderthal variants contribute to differences in height among modern humans?” and if they do, “Do Neanderthal variants generally increase height, decrease height, or both?” The former investigates if Neanderthal variants are enriched for contribution to the genetics of a trait (aka contribution to trait heritability), and the second tests whether there is directionality in the Neanderthal legacy on these traits. We sought to answer these two questions with more than 400 diverse traits by looking at the genomes of over 200,000 British individuals. (We focused on British individuals because our analyses require large numbers of people with data on both their traits and genetic variants. We hope to expand to other populations as more data become available.)

Overall, we found that Neanderthal ancestry contributes less-than-expected to the genetics of most traits in modern Europeans. However, Neanderthal variants contribute more-than-expected to several traits, including immunity, circadian rhythms, bone density, menopause age, lung capacity, and skin color. When considering the directionality, Neanderthal variants generally increased risk for sunburn, balding, larger lung capacity, and younger menopause; yet for most other traits, some Neanderthal variants have increasing effects and others have decreasing effects. Many of these trait changes may have been potentially beneficial to survival as humans migrated out of Africa into unfamiliar Eurasian environments.

Imagine a single position in the Neanderthal genome. At some point this position may have randomly mutated. When Neanderthals and humans interbred, some of their “hybrid” offspring inherited this variant. In the 50,000 years that have passed, what was the fate of this single variant? Is it still around today? Or was it lost? The fate of this variant is both a combination of luck (you only pass on a random half of your genome to each offspring) and of how well you do in your environment (you must survive to reproduce). Most Neanderthal variants likely had little effect in humans (i.e., they were neutral), but some might have increased or decreased risk for a trait. If that trait was beneficial to survival in humans, then Neanderthal variants associated with the trait would be more likely to stick around.

For example, we observed that Neanderthal ancestry contributes more-than-expected to risk for increased sunburn. What does this result suggest about the fate of Neanderthal variants associated with sunburn over time? As a thought experiment, consider 10 theoretical Neanderthal variants. These variants were either associated with risk for sunburn (red), protection from sunburn (blue), or no effect on sunburn (gray). Because we know that remaining Neanderthal variants in European genomes today are more associated with sunburn risk than expected by chance, we can deduce that the sunburn-protective variants (blue) were less beneficial and were lost (dashed line). In contrast, sunburn-risk variants (red) became more common and contribute more to the genetics of sunburn in present-day humans. Although we all hate to get sunburned, having lighter skin may have been beneficial for humans as they migrated out of Africa to higher, darker latitudes so they could absorb more light to synthesize vitamin D.

But most traits are not like sunburn. For most traits, Neanderthal ancestry contributes less-than-expected and does not have a directional bias. Let’s consider the evolutionary trajectory for Neanderthal variants associated with diabetes. Variants associated with both increased risk (red) or protection (blue)—too high or too low blood sugar—were detrimental to survival and lost (dashed line). The majority of variants that remained (solid line) were neutral (gray).

These are two of multiple scenarios we explore in our paper, demonstrating how our results—patterns in traits we see today—can inform hypotheses about how selective pressures acted on different traits. Can you think of traits that may have followed other patterns?

To build intuition about these theoretical scenarios and the model discussed in our paper, we created an interactive web application to visualize what might have happened to different variants since humans interbred with Neanderthals: http://neanderthal-heritability.herokuapp.com/. While this tool is highly simplified, we hope it provides useful context for our results and future work. We anticipate that future simulation studies and more genetic data from non-European populations will continue to teach us about what Neanderthals were like, what humans inherited from them, and how complex our family tree really is.

I would like to acknowledge John A. (Tony) Capra, Ankith Donthi, Nikki McArthur, and Dave McArthur for their feedback on this article. 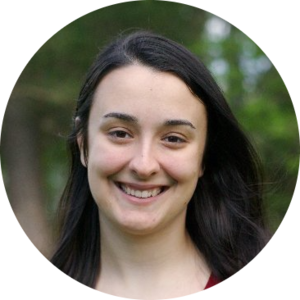