In the 1700s, the expeditions around Sweden taken by Carl Linneaus arguably started what is now a long tradition in botanical recording in Sweden. Linneaus was of course also the person who gave the world the binomial naming system, as well as the classification of plant species according to the number of stamens in each flower, which is still (more or less) the first question in the modern Swedish wildflower key.

By the late 1800s and first half of the 20th century, cross-country travel became easier, allowing botanists to carry out more detailed surveys of plant species in their region of choice. This sparked somewhat of a golden age in the creation of provincial floras – documenting the occurrence and distribution of plant species within each of Sweden’s 25 historical provinces. More recently, the ability to store records on a computer, and the availability of the open access Swedish species observation system, might lie behind another wave of provincial floras being created and published since the turn of the current century.

The existence of both historical and modern-day observation data interesting from an ecological perspective because it allows us to analyse change over time. Coupled with information about how land use and climate have changed over the same time period, we can then uncover the responses of species and communities to the environmental changes that have occurred. This is important, because even though we are already pretty sure that climate change and habitat conversion have negative effects on biodiversity, evidence of their combined effects over long time periods is still quite rare.

We used data from provincial floras in four Swedish provinces (Bohuslän, Medelpad, Uppland and Öland), where observations could be reasonably assigned to a specific 5 × 5 km grid square, and where there is a historical (early-mid 1900s), and modern (2000s) flora. This was combined with gridded temperature data from the Swedish Meterological and Hydrological Institute, historical and modern digitised land-cover maps, and species’ climate and habitat associations.

In a previous study, we found that plant communities have responded to climate warming through relative increases in the occurrences of southerly, warm-loving species, but that this was mostly driven by the arrival and spread of non-natives. In the present study, published in Nature Communications, we look at distributional changes and local turnover of species that were present in the four provinces in both time periods.

Our analyses – like others – indicate that there have been more losers than winners during the past 60 years, with most of our studied plant species exhibiting declining trends in their distributions. We found that declines were larger in grassland specialist species, whose core habitat has declined dramatically during the past decades and centuries. Species associated with warmer climates, forest habitats, and those with already widespread distributions, were more likely to increase.

Species more often than not shifted their distributions in the direction expected in response to rising temperatures. Warm-associated species were more likely to fill in the gaps in their distribution to consolidate their existing range, while cold-climate species retracted from the warmer areas of their regional distributions. In a first indication of potentially interacting effects of climate warming and habitat conversion, we saw that grassland specialist plants were more likely to exhibit this pattern. We interpret this accelerated loss of grassland specialists in more southerly areas to be due to the faster rate of woody regrowth in warmer climates, following grassland abandonment.

Further evidence for this climate-land use interaction was found when we looked at how turnover (local extinctions and colonisations) within a grid square was related to the level of climate warming and grassland abandonment that had occurred over time. As one might expect, retaining grasslands led to fewer local extinctions. However, this effect vanished in the warmest areas, where local extinctions were equally prevalent regardless of the fate of grassland habitat. Colonisations, on the other hand, were most frequent in the grid squares where the rates of both climate warming and grassland abandonment were highest.

What do our results mean for biodiversity? We already know that we need to reduce fossil fuel emissions to prevent catastrophic climate change, and to protect and restore valuable habitat that specialist species depend on. Using historical data, we show that – at least in our system – the prevailing trends in climate and land-use change are amplifying each other to drive local and regional shifts in plant biodiversity. For us, it is therefore clear that we should promote the (re-)introduction of large-scale natural or semi-natural grazing regimes, which will both help provide important grassland habitat, as well as a mechanism for plant species to disperse and spread in response to a changing climate. 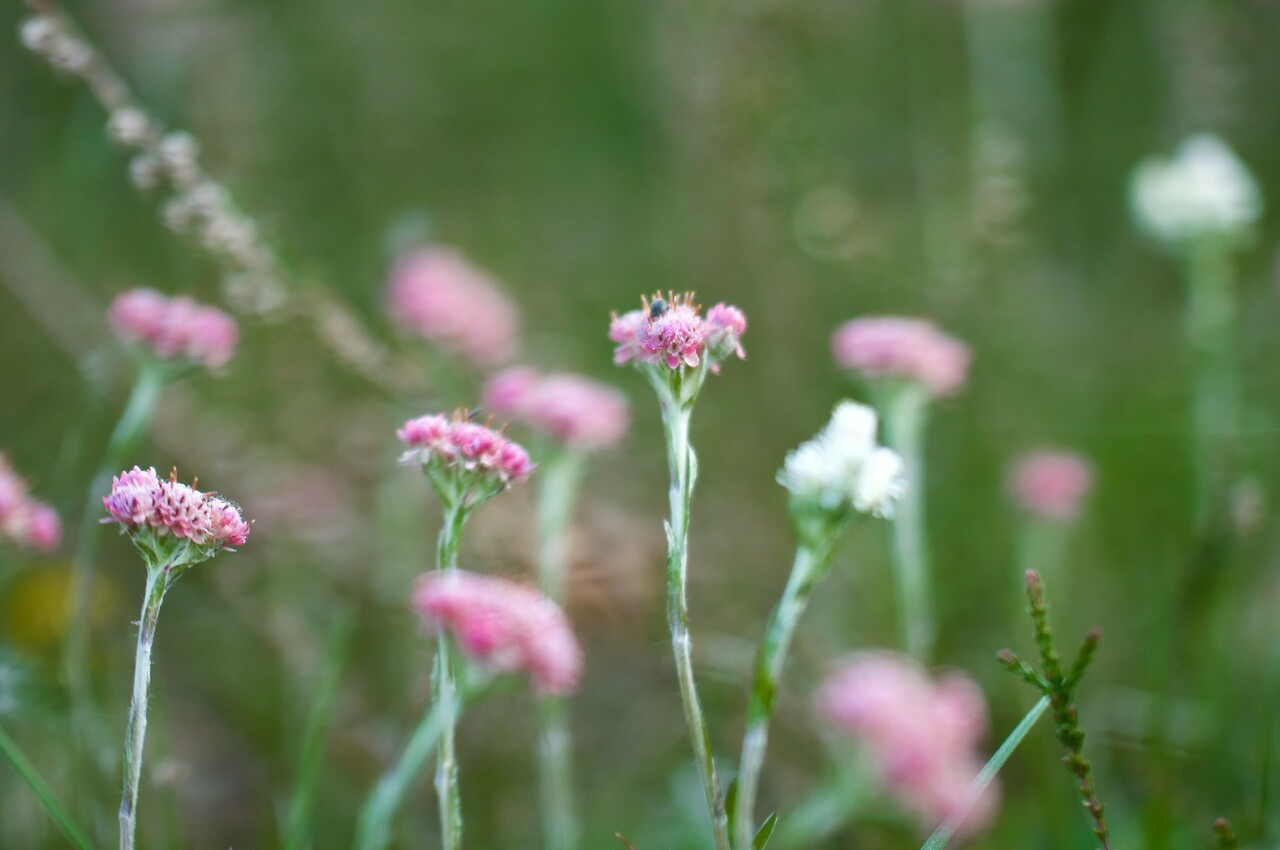