Interesting discoveries in science sometimes come when we least expect them. That was certainly the case a few years back, when the first observations were made that would end up driving forward the research for our paper entitled “Widespread loss of mammalian lineage and dietary diversity in the early Oligocene of Afro-Arabia” 1, which was published today in Communications Biology. The truth is, in those earliest days of discovery, we weren’t setting out to find an extinction, or even to test the hypothesis that there had been an extinction – we just happened to have a lot of data available that could be used for that purpose. To get the ball rolling, somebody simply had to naïvely, entirely free of expectations, type in a line of code…but, more about that later.

Initially, the only data we had were trees. Phylogenetic trees, that is. Think of them as family trees, but on a grand scale, extending back tens of millions of years – in some cases all the way back to the beginning of the Cenozoic Era (the “Age of Mammals”) about 66 million years ago. Like me, several of my co-authors had focused their doctoral research on reconstructing relationships among mammalian species that had been present on the conjoined African and Arabian landmasses during the Eocene and Oligocene epochs, between 56 and 23 million years ago. Importantly, we were also all dedicated to using a relatively new Bayesian method for reconstructing relationships (now often referred to as the “tip-dating” approach) that takes into account the ages of fossils and uses rates of evolutionary change to estimate when species’ lineages had diverged from each other. All of this work had left us with time-scaled phylogenetic trees depicting the most probable pattern of relationships among Afro-Arabia’s endemic rodents and primates, as well as their mammalian predators – a group of now-extinct carnivores known as hyaenodonts (see figure below).

By illuminating patterns of species diversification and extinction through time, these trees allowed us to finally address a question that had long perplexed paleontologists – what, if anything, happened in Afro-Arabia when our planet underwent a major climatic shift from “greenhouse” to “icehouse” conditions around 34 million years ago? By one recent estimate, almost 67% of all animal species had gone extinct during this “Eocene-Oligocene transition” 2, but the scattered evidence from the poor Afro-Arabian fossil record was limited, and – in the absence of phylogenetic context – ambiguous and open to debate. Many years ago I had proposed that African primates’ access to equatorial refugia might have buffered these lineages from the negative effects of Oligocene cooling that were so evident on the northern continents 3, when several of our distant primate relatives were permanently extirpated from the northern latitudes. But the limited evidence I presented at that time, based largely on the pre-Oligocene versus post-Eocene distribution of the thermophilic (or warmth-loving) strepsirrhine primates (i.e., the ancient relatives of today’s lemurs and lorises) was anecdotal and only hinted at the possibility of a larger pattern. More data were needed.

And so it was – quite randomly – that a few years back I pulled one of the aforementioned time-scaled trees into the program R, loaded the ape library, and simply entered the command ltt.plot(tree). I honestly can’t even remember why it occurred to me to do this, but the output was so intriguing that it permanently distracted me from whatever else I had intended to accomplish. What had popped up on my screen was a “lineages through time” (or LTT) plot based on the time-scaled relationships of endemic Afro-Arabian hystricognath rodents, which elegantly and intuitively revealed that there had been rapid diversification of lineages during the late Eocene, followed by a major loss of lineage diversity that started at the Eocene-Oligocene boundary and continued through the early Oligocene, ultimately bottoming out around 30 million years ago. From this deep trough in the lineage diversity curve – the end result of a long-term process of extinction over four million years – diversification then began anew around 28 million years ago, building back up to another diversity peak in the early Miocene, around 20 million years ago.

Remarkably, all of the groups for which we had time-scaled phylogenetic trees showed the same pattern of lineage loss at the Eocene-Oligocene boundary. Ultimately, we would find that when all of the groups were considered together, 63% of the lineages that were present in the latest Eocene failed to persist through the Oligocene, and so must have succumbed to extinction.

We started to dive into the data, questioning our assumptions and making sure that the patterns weren’t just an artifact of a patchy fossil record. For instance, Steven Heritage devised a way to produce a set of 10,000 trees with the same fossil occurrences (or “tips”) but with relationships and divergence times randomized; this experiment revealed that the magnitude of the extinction we had observed in our “real” trees was much greater than would be expected in a large set of random trees. Furthermore, our composite LTT plot revealed phases of high lineage diversification through major gaps in the fossil record, followed by periods of extreme lineage loss during some of the best-sampled intervals. The pattern appears to be robust – but of course will continue to be tested.

Meanwhile, first author Dorien de Vries was wrapping up her PhD dissertation, which very conveniently included quantitative analyses of the topography of the lower molar teeth in the Paleogene primates and rodents of Afro-Arabia – the same clades for which we had time-scaled phylogenetic trees. With her data, it could be demonstrated that variation in molar topography (a good proxy for dietary breadth) very closely tracked lineage diversity, and that the Oligocene extinctions led to a major loss of dietary breadth (see figure above). The lineage diversity trough at ~28-30 Ma therefore also served as a bottleneck that allowed only a limited number of tooth types to dictate the adaptability of surviving species. Fortunately the molars that our ancient Oligocene ancestors were left with worked well enough to get them through some difficult times, or we wouldn’t be here today.

So why did all of these lineages go extinct? The true complexity of the situation is surely beyond our comprehension, but our very simplistic working hypothesis is that these clades might have experienced something of a one-two punch during the first four million years of the Oligocene. The first blow was global cooling in the earliest Oligocene, which would have restricted thermophilic groups to more equatorial zones. The second blow came when all hell started to break loose around 31 million years ago in what is now Ethiopia, when volcanic super-eruptions were followed by a massive outpouring of flood basalts that continued for millions of years and forever changed the landscape of eastern Africa.

Our work on this topic continues, and in the years to come we plan to add several additional clades to this dataset using the same methods. As ever, though, the real challenge is to expand the search for Oligocene mammals in Africa and Arabia, so that we can more thoroughly evaluate the nature of this previously “hidden” extinction event.

Back to Comms Biology 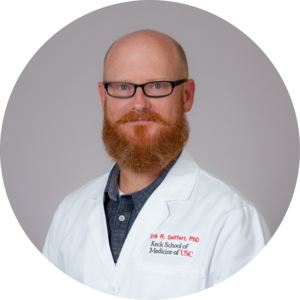 Hans Recknagel
The need for basic science: an example
Contributor Comms Biology
Behind the Paper

Peatlands store twice as much carbon as all the biomass of the World’s forests. Vast areas of peatland have been drained and turned into CO2 sources. Their rewetting is essential to reduce CO2 emissions. But how exactly do the rewetted peatlands look like, do they resemble again the natural state?