Varied Responses to Temperature Amongst the Oceans' Smallest Plants

Phytoplankton are an incredibly diverse group of organisms, which are essential to marine ecosystems and carbon export. We characterized their varied responses to temperature in order to understand how their communities and growth dynamics may be altered with ocean warming.
Stephanie Anderson
Postdoctoral Fellow, Massachusetts Institute of Technology
Follow
Like Liked by Ricardo A Melo and 1 other
0

Phytoplankton communities are important players in biogeochemical processes, but are sensitive to global warming. Here, a meta-analysis shows how the varied responses of phytoplankton to rising temperatures could potentially alter growth dynamics and community structure in a future ocean.

At the base of most marine food webs are tiny microscopic plants, the phytoplankton. Though small, these microbial powerhouses collectively take up as much carbon dioxide as all land plants combined and, in turn, produce half the world’s oxygen. Yet, their communities are far more diverse than their terrestrial counterparts, encompassing organisms spanning several orders of magnitude in size which stem from diverse evolutionary backgrounds (Figure 1). These differences in shape and phylogeny contribute to the ways in which phytoplankton respond to their environment. For example, different phytoplankton exhibit varied responses to temperature in terms of their growth dynamics. On seasonal scales, this can lead to changes in community composition, which naturally alter food web structures throughout the year. With climate change, this varied response could have complex implications for marine ecosystems and global processes, like carbon uptake.

Though many factors influence phytoplankton communities, like nutrient and light availability, we were most inclined to investigate the role of temperature on these microbial communities. Temperature largely contributes to the structuring of phytoplankton community composition and it drives metabolism, influencing microbial growth. Temperature is also changing rapidly as a result of anthropogenic inputs to our atmosphere, and that rate of change can be characterized with a higher degree of certainty than other environmental factors. Together, these made temperature a valuable baseline variable from which to understand the phytoplankton response to environmental change.

To characterize the thermal response, many studies have examined thermal traits; for example, noting the maximum temperature which organisms can endure before dying, the thermal maximum. One study, which largely served as an inspiration for our work, was conducted using a very distantly related group of organisms, land bugs. This study by Deutsch et al. (2008) showed with insects how these thermal traits can be used to characterize organismal capacity for warming. For example, they measured how much the temperature can increase from the current habitat temperature before the insects would perish, the warming tolerance. With this framework, they were able to show the insect capacity for warming across latitudes, and display the relative vulnerability of insects near the equator.

At the time, techniques like those implemented within the Deutsch et al. study had not been implemented in marine systems, providing a clear gap which we could address. Additionally, to our benefit, phytoplankton thermal responses had been relatively well-studied, as phytoplankton are essential to marine ecosystems, and thus many of their thermal traits, like the thermal maximum, were easily accessible. For our study, we originally sought to implement the terrestrial framework from Deutsch et al. (2008) and apply it to our marine organisms, capturing the temperature tolerance of the phytoplankton. To begin, we conducted a meta-analysis of marine phytoplankton temperature growth studies, assembling thermal growth rates characterized in many different laboratory experiments into a single workable file. We also brought together a team of researchers who were experts on phytoplankton traits and community responses to thermal change.

In our first group meeting, we presented an introductory figure (Figure 2), simply showing the phytoplankton growth responses to temperature, with curves ascending from a minimum temperature that the organisms could handle, rising to a maximum growth rate (the thermal optima), and descending to the thermal maximum; collectively known as thermal performance curves, where growth is the measure of performance. Though the rates used to create these curves had been described in previous studies, this visual compilation of the curves had everyone in awe. For different phytoplankton, the curve shapes were noticeably different, with varied minima, maxima, and optima. Though these differences could be interpreted relative to the habitat temperature, as originally intended, our discussion was heavily sidetracked by a whole new set of questions: Are these curve differences something that could be characterized further? How might these variations impact how we structure models of phytoplankton communities under anthropogenic warming?

So, in a change of plans, we dove into the curves themselves, trying to capture how the curves varied amongst different phytoplankton groups. We assessed four principal contributors to global primary production: the diatoms, large glass covered phytoplankton; the cyanobacteria, tiny bacteria plankton; the coccolithophores, phytoplankton with calcium carbonate shells; and the dinoflagellates, swimming phytoplankton. To our amazement, the more we investigated these curves, the more differences we found in how these groups each respond to temperature.

In our study, we characterize the variability in thermal responses exhibited by these key phytoplankton groups and demonstrate how this variability could lead to differences in microbial growth in a future ocean. This is critical for several reasons. First, differences in growth dynamics will lead to changes in competition between phytoplankton groups, which could alter species distribution and composition in the world’s oceans, with potential implications for food webs and carbon uptake. Secondly, we provide new parameterizations that document these varied responses, which can be utilized in computer projections of future ocean dynamics. Thermal responses are common inputs into model simulations, but they are typically oversimplified, with thermal traits applied universally across the phytoplankton. We provide new metrics by offering thermal responses for four principal phytoplankton groups, which if implemented, could help increase model accuracy and our overall vision of what the ocean will look like in the future. 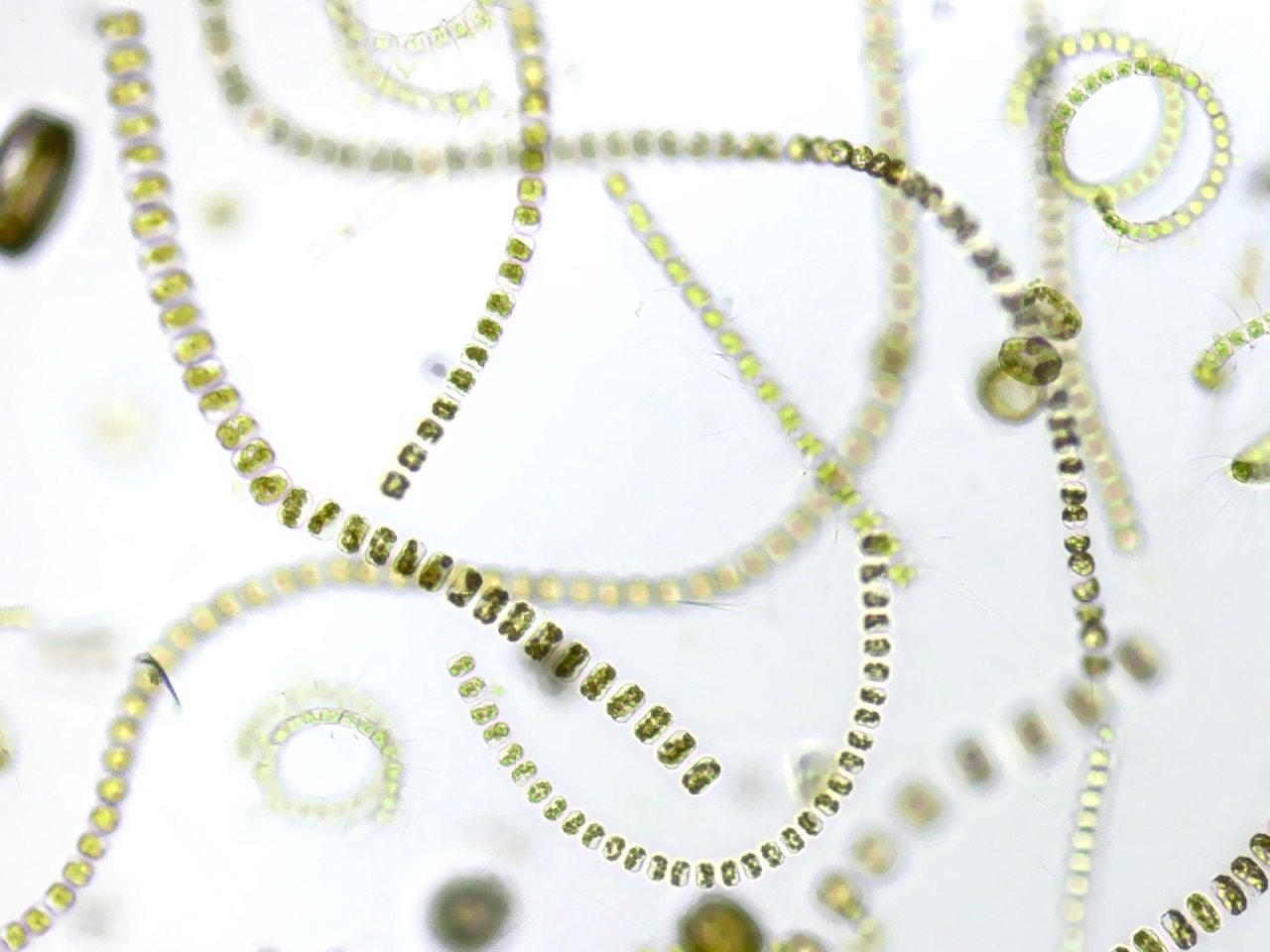 Varied Responses to Temperature Amongst the Oceans' Smallest Plants

Phytoplankton are an incredibly diverse group of organisms, which are essential to marine ecosystems and carbon export. We characterized their varied responses to temperature in order to understand how their communities and growth dynamics may be altered with ocean warming.