What is the reach of a tree?

Do trees influence the soils beneath them? Does this influence feedback to affect trees? Our recent Communications Biology study shows how climate-driven divergence in a landscape-level feedback between trees and their associated soil microbial communities mediates spring leaf-out.
Ian Ware
Research Ecologist, United States Forest Service
Follow
Like Liked by Gao Jianguo and 1 other
0

Ian Ware et al. use reciprocal plant population by soil location feedback experiments to show how the soil microbiomes of the narrowleaf cottonwood are influenced by genetic and environmental variation, and how these factors affect foliar phenology. They find a landscape-level feedback between tree…

What is the reach of a tree? This was one of the major questions behind my dissertation examining eco-evolutionary dynamics in plant-soil linkages and a question that has been asked before. It has been 80 years since Hans Jenny (1941) described his soil-forming factors and nearly 60 years since Zinke (1962) described the influence and pattern of individual trees on soil properties within a forest. This project is a direct extension of the aforementioned early ecosystem work and provides a new perspective by merging modern approaches from microbial ecology,  ecosystem genetics, and biogeography. In previous research (Ware et al. 2019), we showed that climate-driven evolution in bud break phenology created population-level differences in the degree trees condition soil microbial communities and nutrient pools across the range of Populus angustifolia (i.e., plant phenotypes influenced the soil microbiome). Our recent Communications Biology study uses modern genomic sequencing and community-level analysis to further examine the interactions between trees and their soil microbiomes with improved resolution. We also experimentally determined tree-conditioned soil microbiomes from warm and cool sites differentially influence bud break phenology (i.e., the soil microbiome alters plant phenotype) across the geographic range of a foundation tree species.

This project led me through amazing gallery forests, along iconic rivers and streams, and across some stunning biocultural corridors in North America. Despite the bucolic wonder, my favorite aspect of this project was the connections made with a diverse cast of colleagues and friends. The discussions with my scientific community cultivated an enthusiastic think tank for asking big questions. Discussions on this project happened with scientists from nearly all ecological and evolutionary sub-disciplines, with visiting seminar speakers, with friends on runs and hikes, during social gatherings, and through many other avenues. Throughout all of these interactions, the people behind these conversations made this project what it became. I am thankful to all of those who shared thoughts and critiques throughout the whole process. It was the reach of a tree that helped generate this invaluable enthusiasm and discussion.

Do tree-conditioned soils function differently depending on climatic context? Do these differences in function feedback to influence the tree? Experimentally, we found that tree-conditioned microbial communities function differently along a MAT gradient by mediating variation in the timing of bud break in P. angustifolia.  Adding live microbial inoculations from warm habitats advanced bud break phenology by ~6 days on average across all populations when compared to sterile inoculations. Even more exciting, adding live microbial inoculations from cool habitats delayed bud break phenology ~4 days on average, compared to sterile inoculations. To describe this in a more continuous framework, we determined the difference between the tree’s climatic origin and the soil inoculum’s climatic origin to provide a ‘temperature transfer distance’. We show that for every +1 degree °C  in the origin of the live soil treatment there was an advancement of bud break phenology in the greenhouse by approximately 1 day. Likewise, for every -1 degree °C in the origin of live soil treatment, there was a day delay in leaf out. Cumulatively, this equates to a 10-16 day range in microbially-mediated phenology and corresponds to 36-57% of the total quantitative difference due to genetic variation within P. angustifolia (~28 days, based on population-level averages), and is two to three times greater than historical (previous half-century) and future model projections of change in temperate tree phenology (5-9.2 days). While the soil microbiome is not a panacea, it may provide a 10-16 day phenological buffer to climate warming and enhance the ability of plants to respond to global change.

So next time you marvel at a tree flowering or the re-emergence of green leaves in the spring, appreciate the reach of a tree, think about how it might drop leaves or exude sugars from its roots to influence the soil below. And don’t forget the myriad of microscopic counterparts in the soil that might mediate how the tree responds to the coming seasons for years to come. 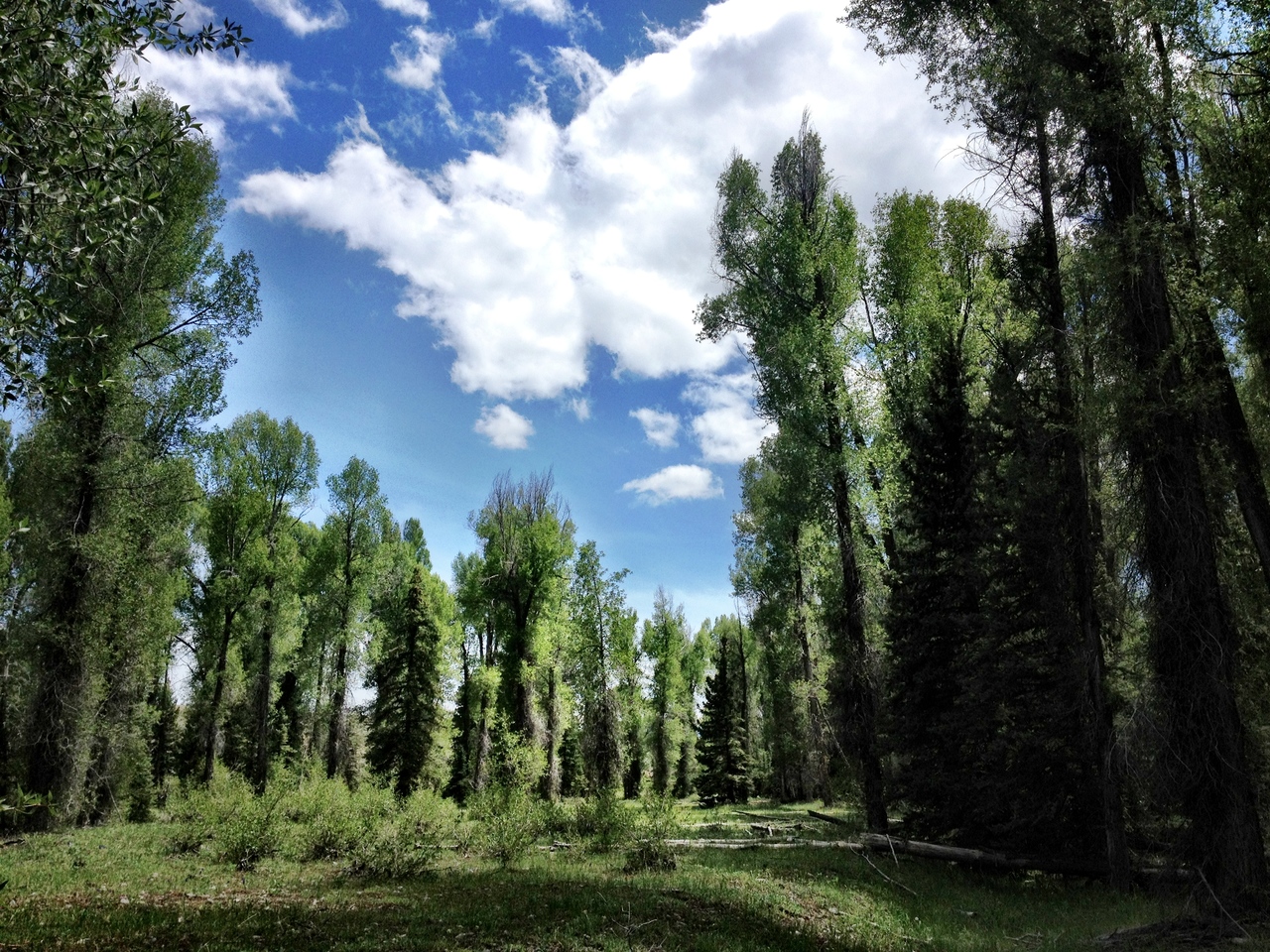 What is the reach of a tree?

Do trees influence the soils beneath them? Does this influence feedback to affect trees? Our recent Communications Biology study shows how climate-driven divergence in a landscape-level feedback between trees and their associated soil microbial communities mediates spring leaf-out.