What sedimentary ancient DNA can tell us about past and future plant diversity?

Terrestrial plants, as primary producers, are the basis of ecosystem survival, which has observed and simulated upslope movement in high-mountain environments with an accelerated rate of climate warming.  Since the highest plant taxa richness is widely found in mid-elevation forest belts, upslope shift of forests is expected to increase the richness in upper elevational regions. However, how confident is this estimate based on short-term ecological data and species distribution modelling that hard to distinguish natural processes in many cases? “Maybe a long-term perspective answers”, my supervisor, Prof. Dr. Ulrike Herzschuh, suggested.

First of all, we selected an archive and set objectives. In February 2004, Steffen Mischke collected a 17.8 m sediment core from Lake Naleng in the south-eastern Tibetan Plateau, one of the world's biodiversity hotspots. This lake is a glacially-formed alpine lake at the upper treeline.

Palaeoecological proxies from this core have documented the history of palaeoenvironment and palaeovegetation since the late glacial, such as glaciers dynamics, soil development, and shifts of treeline with temperature variations. In particular, such shifts may be partly linked to human activities that occurred in the late-Holocene. However, whether these variables drive plant diversity changes is still a question in this region. Furthermore, what the fate of plant diversity in high mountain regions in the context of climate changes in the following centuries? Does the plant diversity indeed increase along as mid-elevation forest belts rise? I was lucky to have an ideal archive from a perfect study site to investigate such exciting topics. Well begun is half done.

Then, we decided to use sedimentary ancient DNA (sedaDNA) to retrieve the plant taxa richness over the past ~18,000 years. SedaDNA is a powerful tool for site-specific palaeodiversity investigation compare to traditional proxies (pollen and macrofossil). However, no study focuses on high altitude regions in Tibetan Plateau. Our study could provide new insights into the causes of the plant taxa richness changes. I spent one year working at the genetic laboratory and analyzing the sedaDNA data. I was so excited to learn sedaDNA and relevant bioinformatics even though I faced a lot of challenges. Luckily, the extremely useful results were produced in collaboration with Heike H. Zimmermann, Kathleen R. Stoof-Leichsenring, and Laura S. Epp.

Due to the species-area relationship, past glacier dynamics and available habitat area with lake catchment should be the predictor variables. They were simulated by Dirk Scherler and Stefan Kruse, respectively. Moreover, plant survival is also supported by soil and temperature.  Thus, we collected the soil development record from the same lake sediment core temperature anomaly record based on multiple proxies in Northern Hemisphere (30°–90°N). We selected this temperature record because the climate at a millennial time scale on the eastern Tibetan Plateau is strongly influenced by East Asian summer monsoons that track changes in the mid- to high-latitude westerlies and continental warming.

Since one goal is understanding the effects of forest movement on plant taxa richness, we simulated the alpine habitat due to shifts of forest over the next 250 years in response to a predicted 2.5°C warming. Besides, modern plant species distribution in the south-eastern Tibetan Plateau, provided by Richard H. Ree, helps us interpret the spatial patterns of species occurrence.

This study spans over four years, almost my Ph.D. period. It is an excellent ending to my Ph.D. journey and also a new start in a part of my research career. 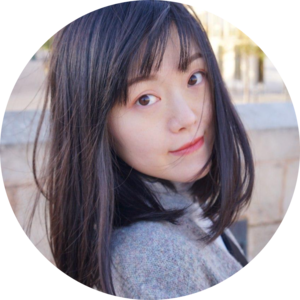 I am interested in Paleoecology, working with ancient DNA and pollen from lake sediments from Tibetan Plateau and Northern Siberia.