The geochemical analysis of ancient bones and teeth sheds light on past subsistence practices in the Congo basin.
Madeleine Bleasdale and Patrick Roberts
2 contributors
Like Liked by Gao Jianguo and 1 other
0

Bleasdale et al. examine the introduction of agricultural crops in the Congo Basin with stable isotope analysis of human and animal remains, charred food remains, and plant microparticles from dental calculus. Their findings reveal variation in the adoption of cereals from the early Iron Age, and pr…

Cast your mind back to exactly two weeks ago, can you recall exactly what you had for dinner? If your memory is a little hazy, you’re not alone. Now imagine trying to work out what someone ate hundreds or potentially thousands of years ago. This is where our work comes in. Through the analysis of human tooth enamel, and collagen extracted from ancient human bones, our research explores what past humans living in the Congo Basin were consuming.

Tropical rainforest settings, like those of the Congo Basin, have often been portrayed as challenging, unnavigable environments for our early ancestors - ‘pristine’ habitats prior to the arrival of industrial forces. Consequently, they are sometimes overlooked in discussions of the spread of farming, with their acidic soils, high rainfall, and dense canopy being considered a significant barrier. In the case of the Congo Basin, farming is only thought to have been possible when climate change, or human intervention, forced the rainforest into retreat.

Yet, where state-of-the-art archaeological and palaeoecological research has been applied around the world, the emerging evidence suggests that we may have been too quick to dismiss tropical rainforest environments from the human story. Late Pleistocene members of our species rapidly adapted to these environments, within and beyond Africa (Roberts and Petraglia 2015, Roberts et al. 2017). Furthermore, multidisciplinary analysis has increasingly demonstrated that the tropics played a key role in plant and animal domestication (Lombardo et al. 2020).

Our recent study, applies geochemical methodologies to investigate whether tropical rainforests continued to play a prominent role in the diets of Iron Age communities along the Congo River and its tributaries. Applying the ‘you are what you eat’ principle, isotopic ratios of preserved human teeth and bone collagen can reveal whether humans consumed resources primarily from forested settings and rivers, or whether they consumed significant amounts of crops such as millet that were arriving with farmers during the Iron Age.

We found that farming appears to have been adopted in a diverse manner across the Congo Basin, from the first arrival of food producers around 2000 years ago to more recent history. In the western areas, millet was consumed in small amounts alongside wild forest animals, forest plants (wild or perhaps cultivated), and freshwater fish. Meanwhile, in the east, millet arrived more rapidly, perhaps due to interactions between pastoral communities and hunter-gatherers living in the region.

This new perspective is supported by experiments of one of our co-authors, Hans-Peter Wotzka, which have shown it is possible to grow pearl millet in the Central African rainforest today (Wotzka. 2019). Charred pearl millet remains have similarly been found at archaeological sites in the region from around 2000 years ago (Eggert et al. 2006, Kahlheber et al 2009, Kahlheber et al. 2014).

Our research highlights the strength of stable isotope methods to directly assess what people were eating in the past. By demonstrating the longevity of diverse, mixed subsistence in the Congo Basin it also adds to a growing body of research showing we may need to reconsider our western environmental assumptions about where ‘agriculture’ can occur. 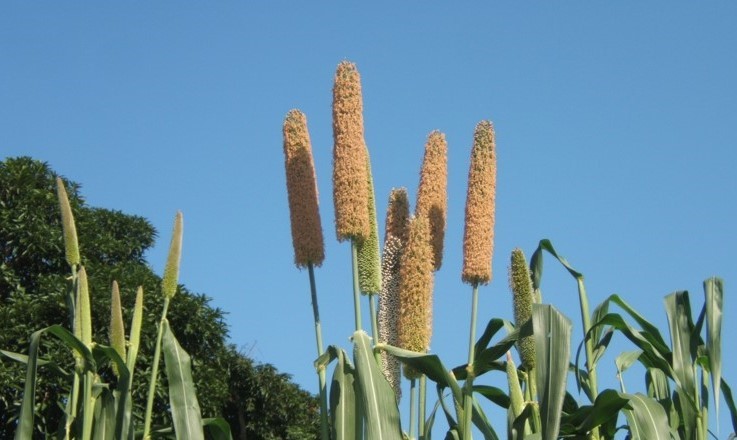 The geochemical analysis of ancient bones and teeth sheds light on past subsistence practices in the Congo basin.