Most prokaryotes rely on syntrophic partners, but they rarely (if ever) evolve to full endosymbiosis. If mitochondria have originated from a syntrophic symbiosis, a burning question arises: Why aren't there more prokaryotic syntrophies that turn into endosymbiosis?
István Zachar
Senior researcher, Institute of Evolution, Centre for Ecological Research
Follow
Like Liked by Akos T Kovacs and 3 others
0

The forces stabilizing communities were long recognized to be very similar for humans and social animals, or for any community-forming organism. Microbes, while not exactly fitting models for humans, proved to be important in understanding community formation and stability. Communities (not just microbial ones) often house surprisingly diverse interactions, ranging from competitive to cooperative ones. Much like in a human work environment, where one may compete with peers for bonuses but also team up with them to tackle challenges that no one can solve on their own. In a healthy organization, these interactions are balanced for the benefit of both employees and employers. In an optimal case, both employers and organisms are expected to grow and spread better in the population (spreading work ethics, culture, etc.).

Microbes also struggle in communities to gain better access to limited resources (space, food, energy) to grow and reproduce. On the other hand, communities are often built by joint efforts of some members facilitating each other’s growth and survival. And this is where microbes shine: forming communities where different species rely on each other by performing different tasks and helping each other. This skill allowed them to conquer every imaginable habitat on Earth. And cooperative co-feeding (“syntrophy”) is extremely prevalent among prokaryotes, it almost looks like that they cannot live on their own: they rely on metabolic partners providing resources for them.

The crucial difference between “employees” (broadly speaking, most macroscopic organisms) and microbes that enabled this absolute domination, is that the latter can produce metabolic products to share. Furthermore, microbes can actually take residence within each other; something humans cannot. According to some hypotheses, ancient eukaryotes evolved from such a fruitful cooperative sharing between two free-living prokaryotes. When these ancient partners started to depend on each other too much, one cell moved into the other, giving rise to mitochondria and, ultimately, to all eukaryotes, including humans. Many major evolutionary transitions are characterized by such an integration where individuals waive their autonomous reproduction for the greater good (e.g., naked genes in protocells, plastids, eusocial animals, etc.) – although, rather luckily, human partnerships do not entail such endosymbiosis.

In the microbial context, we expect that mutually cooperative syntrophic species form strong symbioses that withstand cheaters. And that is what we see: syntrophy is extremely widespread. According to transitions theory, successful partnerships may become so dependent on each other that they fully integrate, making the pair the new unit of evolution. Quite surprisingly though, to our best knowledge, syntrophies never get physically integrated for good. No autonomous endosymbiotic prokaryotic partnership is known. The emergence of the eukaryotic cell might be the only prokaryotic case, in which two species joined forces to become a highly successful new evolutionary unit.

We wanted to better understand the reasons behind this observation. In our paper published in Scientific Reports (link), we investigated the ecological and evolutionary stability of various cooperative interactions between pairs of microbial species. We wanted to unravel whether there is an inherent instability in syntrophic interactions that hinders further integration of species and whether this instability is due to selfish cheaters.

Because there is an unavoidable issue with any cooperation, microbial or human. Being cooperative is risky: one must pay a cost to provide benefits for others without the guarantee that it will ever be returned. For example, microbe A may feed some product to microbe B, who produces another product in return for A. This is mutually beneficial cross-feeding where the pair can grow better than solitary individuals. However, it is costly: feeding others takes energy and carbon away from growth. If a mutant appears that stops production (and saves costs), it would still enjoy benefits produced by others. Such a free-rider cheater can increase its fitness, quickly outcompeting cooperators. Unless there are mechanisms preferring cooperation over cheating, cooperation is doomed to break down, leading to the ultimate disruption of the community.

We were specifically interested in which one is better against selfish cheaters: having a partner that can neutralize a waste product by consuming it (cross-feeding) or having a partner with whom one can consume resources more effectively (cross-facilitation). Through an arduous search for the most fitting model, we have investigated a lot of interaction types and topologies (most of them turned out to be dead-ends due to intractable complexity or unrealistic assumptions). One such candidate model, that made it into the paper, is in the header of this post. We developed these ideas of microbial interactions to coupled ordinary differential equations, to simulate population dynamics and to test evolutionary scenarios. Cross-feeders were set up to produce a waste material, inhibiting themselves but available for others to be fed on. Cross-facilitators produced extracellular enzymes that facilitated resource uptake, rendering products beneficial for everyone. Note that in both cases the product is a public good (beneficial to others) and there is some inherent benefit of production: waste inhibits metabolic reactions of producers internally more than externally, secreted enzymes catalyse external digestion. (Without self-inhibition, cross-feeding is trivially mutually stable.)

As it turned out, cross-facilitation is inherently unstable due to the exploitation by free-riders. Conversely, cross-feeding on each other’s waste is stable against cheaters both ecologically and evolutionarily. From another perspective, this is not surprising. A secreted enzyme serves the producer’s benefit, but if the end result (the digested resource) is taken up by someone else, this personal benefit is reduced to zero, leaving the producer with a net loss. On the other hand, having one’s own toxic waste removed from one’s neighbourhood immediately generates a private benefit that cannot be exploited by an opportunistic cheater in any way. A cheater may decide not to pick up somebody else’s trash, but then a mutant who eats it can grow faster, having an advantage over the cheater, enabling symmetric cooperation.

In summary, cross-feeding is more likely to serve as a first step towards microbial symbiosis, physical integration (endosymbiosis), and ultimately to a major evolutionary transition culminating in novel cellular organelles (“organellogenesis”). These results do not mean that there are no other mechanisms that play a role in endosymbiogenesis (there are more than 60 hypotheses of the origin of mitochondria and eukaryotes!), but they do suggest that if syntrophy was the kickstarter of mitochondrial integration, there must be other, more serious barriers preventing prokaryotic syntrophies from turning into endosymbioses en masse.

Why is the US losing honey bee colonies? 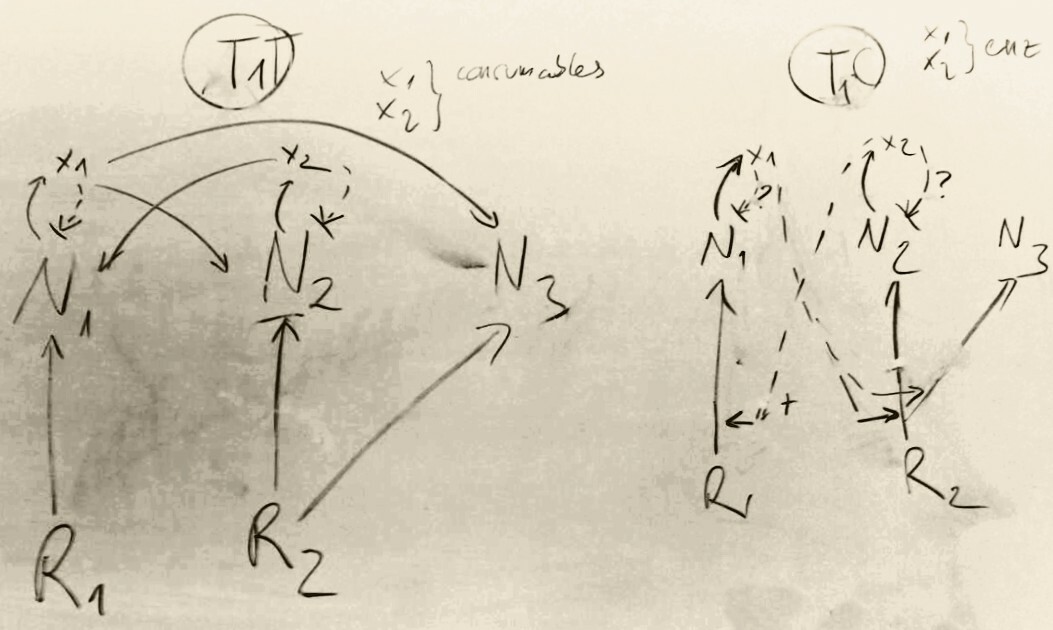 Most prokaryotes rely on syntrophic partners, but they rarely (if ever) evolve to full endosymbiosis. If mitochondria have originated from a syntrophic symbiosis, a burning question arises: Why aren't there more prokaryotic syntrophies that turn into endosymbiosis?