When dogs begin to walk with humans

My brother has a toy poodle. She has quite a unique, the family often describe as "difficult", personality. When they take her out to places other than her usual walking course, they would have to follow one strict rule. That is, all family members have to stay together and never fall apart. She would not allow even one person to leave the party - not even go to the bathroom! She does not show such behavior around her house, it seems as though she is trying to control "the herd" in her own way in unfamiliar places. It also doesn't seem that she is particularly intolerant. I've heard similar stories from other dog owners. In other words, regardless of who is initiative, dogs may be regarding humans as one group.

Every dog lover has probably imagined the very first contact between dogs and humans. It is said that the symbiotic relationship between humans and dogs, which were originally competitors, has been established because of the increased tolerance in both species due to a decline in the stress response systems.  The new chapter began a long, long time ago, out in the plains, the prototype dogs with diminished stress response and increased curiosity, approached a strange group of two-legged creatures. Of course, not all encounters would have been friendly. However, the two-legged should have already learned by then that there is a great deal to be gained by being a group, that is, by cooperating with others. They must have realized the benefits of incorporating the animals that were  slightly more timid but unlikely to attack them and followed them into their group. They didn't run away when humans approached them, but did alert humans to the approach of other predators. They let humans know where their prey was when humans were hunting. They brought humans what they've hunted. They also became great playmates for children. In this way, dogs gradually became  inseparable from human society.

This made me think, how do dogs understand human groups? We conducted a very simple experiment to find out the conditions of the human group that dogs prefer (see paper in Sci. Rep.). We examined which group the dogs would follow if humans split in two groups with different conditions. Whichever they chose, the reward was the same. The results showed that dogs followed a larger group when all members of the group were strangers. However, if the humans with whom dogs had interacted beforehand, even for a short time, were in the smaller group, around half of the dogs chose the group with humans they knew. This tendency was seen more in shelter dogs than in house dogs.

Next, we have to decide on how to interpret this. A plausible interpretation is that the dogs chose the group that would increase the likelihood that they would get benefits. It is more likely for dogs to think they would benefit from belonging to a majority group, but at the same time, following a group of acquaintances might get preferential treatment from the humans they know, rather than a large group of strangers. This tendency was even more pronounced for shelter dogs, probably because for them, who were without a specific owner, such choices would be crucial to their survival.

However, we, dog lovers, will want to see it in another view. “The dogs that chose the group which was smaller but with familiar people did not forget these humans who gently touched it, even if it was only a temporary contact, so they chose the group including these humans, even if it risked diminishing the likelihood of gaining a benefit!”. We don't know what the dogs were thinking, at least not from this experiment. The relationship between humans and dogs may be a mere unrequited love on the part of humans. However, making us dream of such things is perhaps the greatest characteristic of dogs and the greatest benefit we can get from living with them. 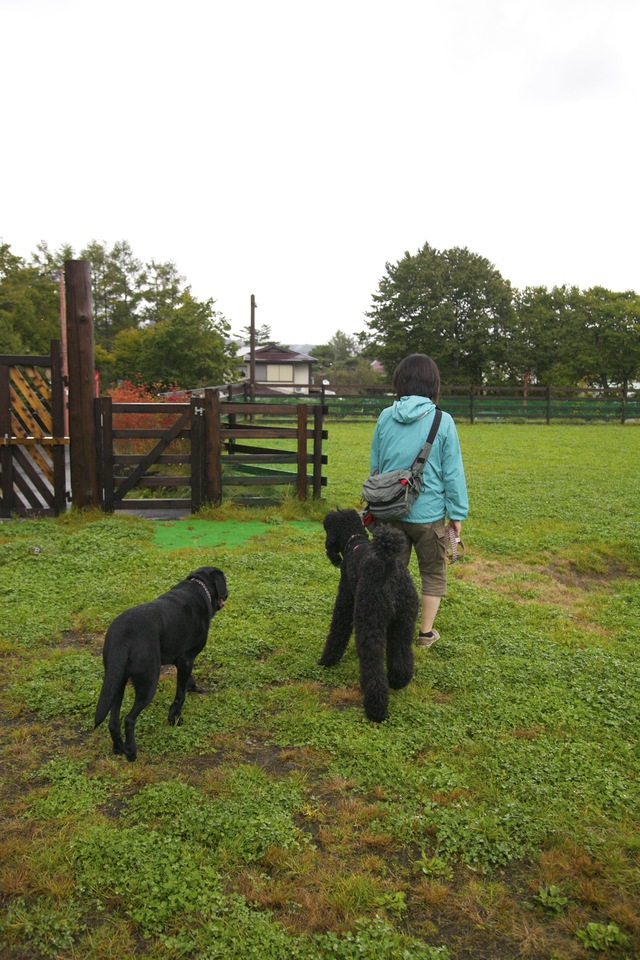 When dogs begin to walk with humans