There is a growing interest in how bacteriophage shape the composition of microbial communities. We, with the help of experimental evolution have tried to answer how and why bacterial diversity impacts the evolution of a phage.
Duhita Sant
PhD Student, Monash University
Follow
Like Be the first to like this
0

Many viruses are jacks of all trades - that is, they can infect multiple hosts. This is surprising because there are usually trade-offs between virus fitness on two hosts. In other words, generalists that can infect multiple hosts can never get very good at infecting any one of those hosts. We (and others) have hypothesised that the answer might lie in the community context where most host-virus evolution will happen in nature- the microbiome. We carried out a laboratory experiment to tell apart the effects of trade-offs and community complexity (in our case, the number of different hosts) to answer our question: what are the selective mechanisms that maintain multi-host generalists over single host specialists?

To do this, we grew populations of a specialist bacteriophage – a viral parasite of bacteria – in co-culture with one permissive and three non-permissive E. coli hosts, in communities of either one, two or three bacterial genotypes. We wanted to see whether the phage would evolve to infect the non-permissive strains of E. coli by becoming a single generalist genotype that could infect lots of different hosts, or several different specialist phage genotypes, each adapted to a specific host. After the evolution experiment, we tracked the adaptation of a newly isolated phage to non-permissive hosts, and found that the phage evolved in communities with more E. coli strains evolved more slowly. When we attempted to quantify the trade-offs, after tons of plaque assays (and plating!), we found that phage from evolved populations with more hosts are more likely to be generalists, infecting multiple hosts.

Sequencing of evolved phage reveals strong selection and the genetic basis of adaptation, supporting a model that shows how the addition of more potential hosts to a community can select for low-fitness generalists over high-fitness specialists

While we think our results bring us closer to understanding the evolution of bacteriophage in microbiomes, our experiment was only a crude approximation of real microbial communities which have more different types of bacteria than our experiment, and the possibility for new bacteria and phage to migrate into the community. However, this experiment showed us how the presence of multiple potential hosts could drive the evolution of phage which is a jack of many hosts, even if it will be a master of none. 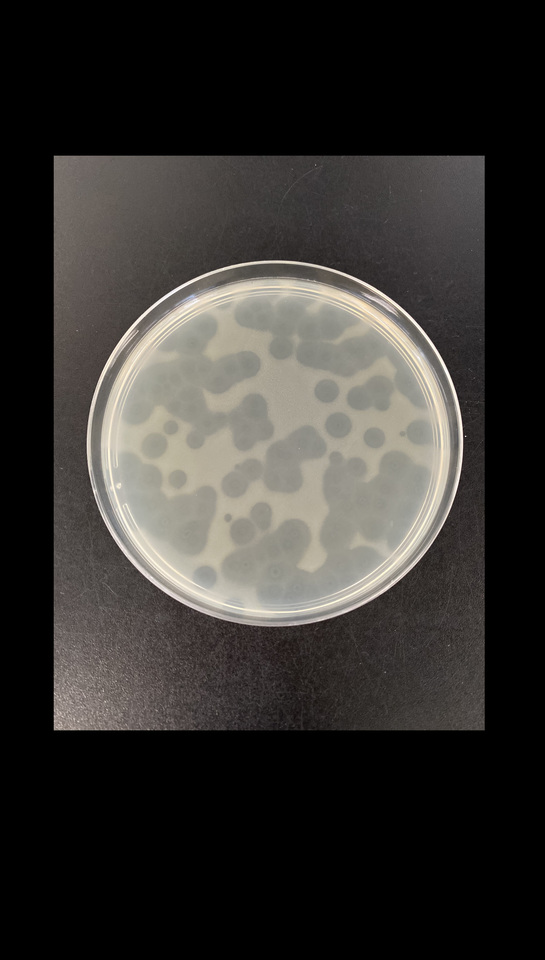 There is a growing interest in how bacteriophage shape the composition of microbial communities. We, with the help of experimental evolution have tried to answer how and why bacterial diversity impacts the evolution of a phage.