Whole-genome resequencing of Chinese pangolins reveals a new population CPA that is genetically distinct from and harbor more homozygosity than CPB and CPC populations, indicating prevalence in inbreeding and implying challenges in conservation.

The Chinese pangolins were once distributed in the vast areas of the southern Yangtze River in China. However, largely due to the extensive poaching and exploitation of Chinese pangolins for luxury delicacy and traditional medicines by humans in Asia–resulted~ 94% decline in its whole population between the 1960s and 1990s. It has been classified as a critically endangered species in the IUCN Red List of Threatened Species and listed in ‘Appendix I’ of the Convention on International Trade in Endangered Species of Wild Fauna and Flora (CITES).

In June 2020, China increased protection for the Chinese Pangolin to the highest level. Recently, great progress has been made towards conserving Chinese pangolin, with several Chinese pangolins being photographed by infrared cameras in the wild in at least six cities of Guangdong province since 2020, which was a promising sign for the rescue and recovery of this species. Although Hu et al. (2020) study included samples from Taiwan, Yunnan province, and some unknown geographical locations, more samples from Guangdong province are needed for conjoint analysis to reveal a more comprehensive genomic make-up of this critically endangered species.

Small populations tend to be crashed due to loss of genetic diversity, the accumulation of deleterious mutations, and changes in genetic make-up resulting from genetic drift and increased inbreeding. Establishing gene flow between populations is an effective method to improve the fitness of small isolated populations by increasing genetic diversity and decreasing inbreeding, also known as genetic rescue. The planning of genetic rescue necessitates a thorough assessment of genetic background from various perspectives, which is the prime objective of our research to aid in the continued conservation of Chinese pangolin.

In this study, we investigated the genomic characteristics of Chinese pangolins from Guangdong province. Together with previously published genomes, we revealed the population structure of the Chinese pangolin and extensively explored the genetic diversity, population differentiation, mutational load, gene flow and local adaptations of each population. Our study provides a valuable resource and insights for the future conservation of this endangered species.

We explored the genetic relationships of 37 Chinese pangolin at the whole-genome level. Results from principal component analysis (PCA), admixture and phylogenetic tree supported that CPA, CPB and CPC populations were assigned to three distinct clusters (Figures 1b - d). Fifteen Individuals from Guangdong province were distributed into two clusters, with one formed by only Guangdong individuals (CPA: n = 11) and the other one (CPB: n = 18) consisting of individuals from Guangdong (n = 4), Taiwan (n = 1) and Yunnan (n = 13). CPC population (n = 8) was made up of 8 individuals who might have originated from Myanmar (Figure 1). Negligible gene flow further strengthens the independent state of the CPA population. Further analysis reveals that the CPA and CPB populations separated 2.5 - 4.0 thousand years ago (kya), which was much more recent than that between CPA/B and CPC populations (25 - 40 kya).

A very large genetic differentiation between this CPA and CPC (FST = 0.541) population suggested a potential subspecies-level divergence compared to other animals. For example, the Sichuan and Qinling giant panda subspecies (FST = 0.140), Amur and Sumatran tiger subspecies (FST = 0. 318). Interestingly, the genomic differentiation between CPA and CPB was moderate, with an FST value of 0.101. Although this differentiation was much lower than that between CPA and CPC, this extent was comparable with differentiations between populations with extensive geographic separations, like the divergence of African leopard (Panthera pardus) populations, the two largest isolated populations (Minshan and Qionglai populations) of the giant pandas and even comparable to that between African and Asian humans. Taken together, we infer that the first and newly discovered CPA was a distinct Chinese pangolin population and suggested an extra conservation unit that is parallel with CPB and CPC populations. Considering multiple lines of evidence from population structure and gene flow, we inferred that the separations between CPA and CPB were more recent than that of CPC and CPA/CPB. We believe the future large-scale population genomic analysis and corresponding ecological and morphological studies will further enrich and strengthen this claim.

Regarding the genetic status of the Chinese pangolin in this study, we infer that the low genetic diversity in the Chinese pangolin may not be from the extensively recent inbreeding due to the absence of large-size ROHs. Still, the long-term isolation without frequent gene flow between subpopulations could be an alternate explanation. Here we cannot exclude the bias introduced from the reference genome because the accurate evaluation of ROH highly depends on the contiguity of the reference genome. Still, no long-read assembled high-quality reference genomes are available now.

We also noticed that more LoF variants could be mutually introduced between CPA/CPB and the CPC population, which is consistent with local adaptation, possibly due to the long-term isolation and adaptation to their local habitats (Yunnan and Guangdong). We cannot conclude that it is 100% not suitable to implement genetic rescue among these Chinese pangolin populations; however, genetic rescue between CPA and CPB should be safer from the perspective of outbreeding depression. The conclusion will be more convincing only if the exact effects of these LoF mutations on genes could be parsed in future works. 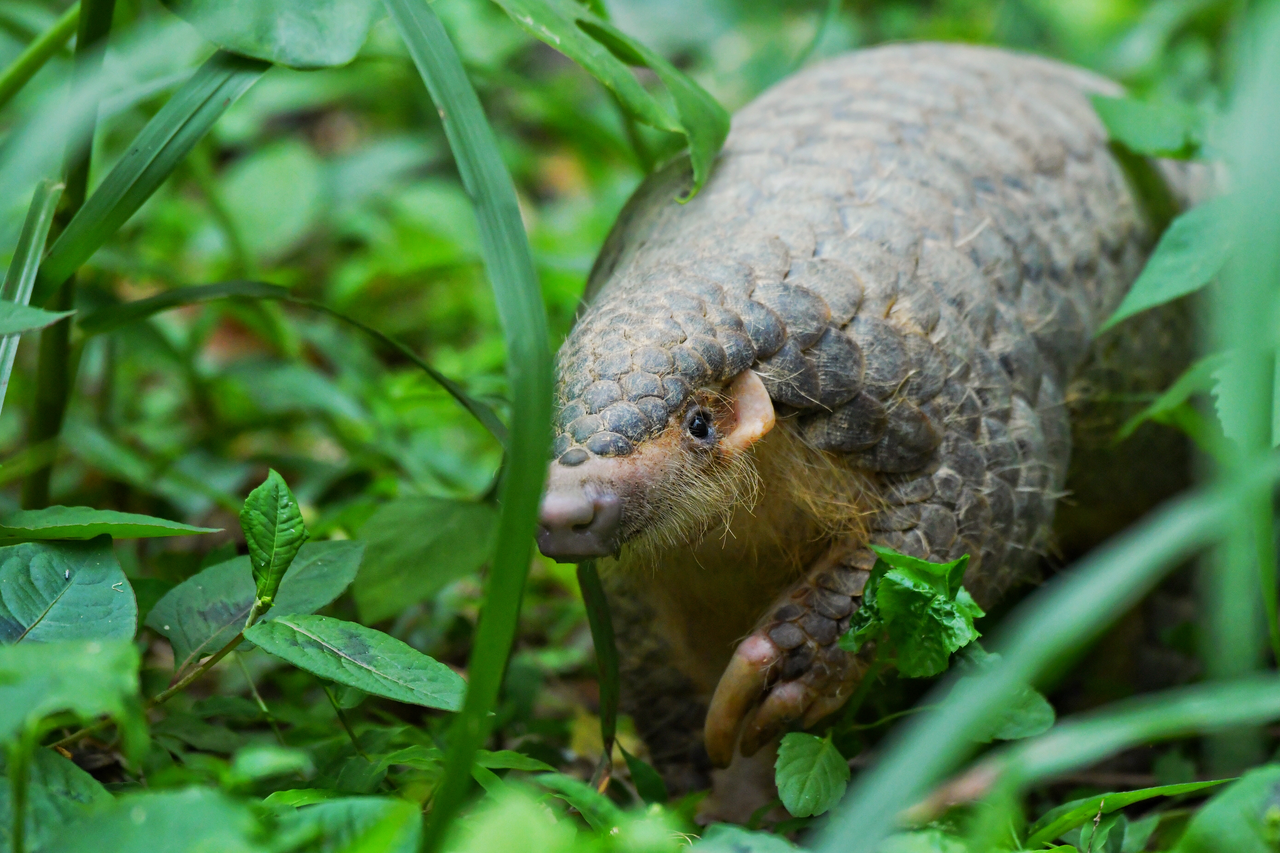