Novel network-based ecological models are helping us understand and predict how natural communities respond to climate change. Our paper shows that warming seas during winter, not summer, have the largest impacts on the structure and makeup of coastal Mediterranean fish communities.

+1
Nicholas Clark and 1 other View all
Lecturer, University of Queensland
Follow 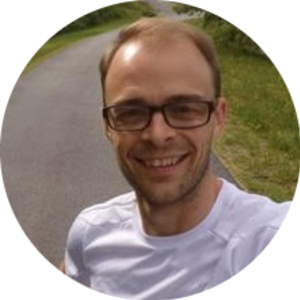 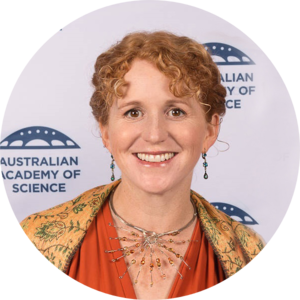 Warming temperatures are changing the ways that natural communities look and operate. In recent years we have become aware of the climate-related plights of some of the world’s most iconic species including polar bears, monarch butterflies and sea turtles, as well as economically important species like marine fishes. Sophisticated models are giving us a more realistic picture of how some species respond to temperature change on land and at sea. This information can arm us with the evidence we need to develop better climate preparedness and mitigation policies.

When trying to understand how ecosystems respond to climate change, we usually only model environmental effects like temperature, rainfall and landscape composition. Newer models – commonly used to document people's social interactions – offer exciting improvements by incorporating biology. By allowing us to ask how a species responds to both environmental change and the presence of other species, these models can give us a more accurate picture of reality. This is especially important for understanding community level changes.

In our article published in Nature Climate Change, we used network models to investigate how coastal fish communities in the Mediterranean Sea respond to changing sea surface temperatures.

The Mediterranean Sea is a biodiversity hotspot that is economically dependent on marine resources. The region is feeling the effects of climate change, especially during winter months. Intergovernmental Panel on Climate Change projections indicate that winter sea surface warming in the Mediterranean will increase at twice the rate of summer warming, with an average winter increase of 1.85°C expected by 2040. As a first step toward predicting how the Mediterranean Sea will look in a warming world, we wanted to ask whether network models can capture how the compositions of coastal fish communities respond to seasonal surface temperatures.

The project started two years ago when I began working on the development of Conditional Random Fields network models that can detect relationships in the distributions of species and use these relationships to generate more accurate predictions. Thanks to my background in marine science and following several stimulating discussions my co-authors (both of whom are marine experts), we began exploring how these models could contribute to knowledge on the Mediterranean Sea’s incredibly important coastal fish communities. This required a lot of learning on my part on how to develop efficient computer code, how to operate models on high performance compute clusters and how to get the most out of the excellent data stored on the FishMed database. Experts from fisheries, ecology and the geographical sciences have compiled decades of research to describe the geographical ranges for more than 600 Mediterranean fish species, which they compiled into this freely available database.

A challenge of this work was synthesizing the enormous amount of valuable information that network models provide. Fortunately, my team of multidisciplinary coauthors was able to work together to realise that the strong seasonal differences in warming rates in the Mediterranean present a challenge that is not widely acknowledged by the community. We began to develop testable hypotheses to discern whether rapid winter warming is likely to have a larger influence on fish communities than summer warming, as such a finding would be important to highlight for the development of future climate policies.

Our results showed that, even though winter warming might not reach the extreme temperatures of summer heatwaves, warmer winters have a stronger influence on fish compositions and could lead to ecosystem disruption in some key fishery areas. Our network models also allowed us to discover that winter warming causes fish species to hang out together in different ways, giving us new insights into how communities are naturally formed.

Catches for many bottom-dwelling and open-ocean fishery species in the Mediterranean Sea have been steadily declining, so any changes to fish communities may have widespread economic impacts. We argue that, for the sake of marine ecosystems and the people whose livelihoods depend on them, we need to gain a better understanding of how ocean warming will influence both species and economies.