Differences in morphology (or sexual dimorphism) between males and females are common across the animal kingdom and are also found in some plants. For example, in birds such as pheasants or peacocks, males have colourful plumage while females are dull in comparison. Or back home in Botswana, male lions have gorgeous manes while females do not, or spotted hyenas where females are larger than males. The most bizarre example of sexual dimorphism of course would be the triplewart seadevil anglerfish where females are 24 times the size of the tiny parasitic male who literally attaches himself to the female during reproduction…eek. Okay back to my story.

In the first year of my PhD circa 2015 I was introduced to one of the most extreme examples of sexual size dimorphism in animals (in the direction of males being larger than females that is) found in a cichlid (pronounced ‘sick-lid’) fish from Lake Tanganyika called Lamprologous callipterus. While I knew that cichlids have evolved extraordinary adaptive radiations and ecological adaptations, I was not familiar with the L. callipterus system.

Michael and Barbara Taborsky, both professors at the University of Bern in Switzerland, were visiting my PhD supervisor Christian Sturmbauer at the University of Graz in Austria, which is when they told me about the L. callipterus system starting with the fact that the ‘bourgeois’ males of this species are 12 times bigger than the females 1! The reason for this body size difference is because this species uses empty snail shells found at bottom of the lake to build nests, so males must be large enough to carry shells with their mouths 2. Once nests are built, bourgeois males court females to join their nest. Females need to be small enough to fit inside the snail shells to lay eggs and in this way the eggs are also protected from predators. Differences in body size are important for the biology of this species as small males would not be able to carry empty snail shells and large females would not be able to enter shells. The snail shell brooding imposes ecological and evolutionary body size constraints.

This was all interesting, but it wasn’t the end of the story, Michael told that me that a second male morph has evolved in L. callipterus in the form of very small ‘dwarf’ males. The dwarf males average only 2.4% of the body mass of the bourgeois males and thus were too small to carry shells to build nests. What they did instead was to employ an alternative reproductive strategy by sneaking past the bourgeois males guarding nests and wriggling into a shell past spawning females to fertilise eggs in close contact 3. Even though dwarf males cannot build nests or attract females, their sneaker strategy is successful in nature. The BBC documentary called Jewels of the Rift (Forward to 4:00 of this video https://youtu.be/6ne2WTcSh08) has some great footage of L. callipterus. Michael had spent the last 20 years developing L. callipterus as a model system for studying alternative reproductive tactics from an ecological, evolutionary, and behavioural perspective 4. His recent research into this system with Sabine Wirtz-Ocana et al. had revealed that male body size is a Mendelian Y linked trait: dwarf males only father dwarf sons and bourgeois males only father bourgeois sons 3. And this is why Michael had come to Graz, to discuss the potential of following this research up with modern genomics approaches and asked me if I was willing to lead this project. Given how intriguing this system was, I had to say yes.

Armed with faith in the power of high coverage whole genome data, I went ahead with the analyses. I, of course, found almost no differentiation between the males and females… except for a small region on scaffold_23 that had reduced mapped read coverage in males. I was sceptical of this outlier region. However, Katie Peichel, who is a professor at University of Bern, and a collaborator on this project saw my results immediately asked if I had normalised the coverage. I had not. After normalising the coverage, the outlier region was more extreme and it appeared consistently in the comparison of both males versus the females, suggesting that this Y sex chromosome region was shared by both male morphs. When I zoomed into this Y chromosome region, I found GHRHR, a famous growth hormone regulator gene. Mutations of the GHRHR cause dwarfism in humans and the little mice phenotype. This was my eureka moment. I further scrutinised this region with various statistics and population genomics metrics. Linked to GHRHR, I found several candidate genes for sex determination, behaviour and sex-associated phenotypes in the L. callipterus Y chromosome. These genes could collectively be acting like a supergene. Even though the Y chromosome was shared by the bourgeois and dwarf males, they clearly carried two different Y haplotypes, which might explain the differences in the morphology and behaviour of bourgeois and dwarf males’ reproductive tactics.

What our findings suggest is that sexual antagonism (when males and females have different fitness optima) over body-size initiated sex chromosome evolution in L. callipterus.  This was followed by Y divergence to give rise to the bourgeois and dwarf male reproductive strategies. Our results are consistent with the hypothesis that sexually antagonistic traits trigger sex chromosome evolution. The evolutionary puzzle however is which male came first, small or big? We propose that since the fitness of dwarf males is dependent on bourgeois males, it is most likely that bourgeois males came first, and dwarf males subsequently evolved due to a mutation in the GHRHR body size gene. What is fascinating is that this gene controls body size in fish and mammals. These two groups shared a common ancestor 440 million years ago. This suggests that the body size development pathway is genetically constrained. Mammals are fish!

L. callipterus is a wonderful example of how ecology and evolution shape the biodiversity of our planet. I am grateful to have had the opportunity to work on such an exciting system. I would especially like to thank Michael Taborsky for introducing me to this species and its idiosyncrasies, Katie Peichel for sharing her knowledge of sex chromosome evolution with me, and Christian Sturmbauer for his support.

Pooja Singh
Scientist, University of Bern
Follow
I am an evolutionary and computational geneticist from Botswana. My curiosity for nature began at a young age while exploring the wildernesses of the Kalahari desert and the Okavango Delta with my dad. This led me to pursue a BSc in genetics at the University of Cape Town that is located in the Cape Floristic Region, a beautiful biodiversity hotspot. And later a MSc in bioinformatics at the University of Pretoria during the omics revolution. I spent a lot of time during my MSc thinking about evolutionary concepts and ecological speciation, which led to a PhD on the adaptive genetics of cichlid fishes from the East African Great Lakes. I am currently a senior postdoc at the University of Bern and EAWAG working on cichlid population and speciation genomics. My interests span various aspects of adaptive evolution and the underlying genetic mechanisms, particularly at short timescales. 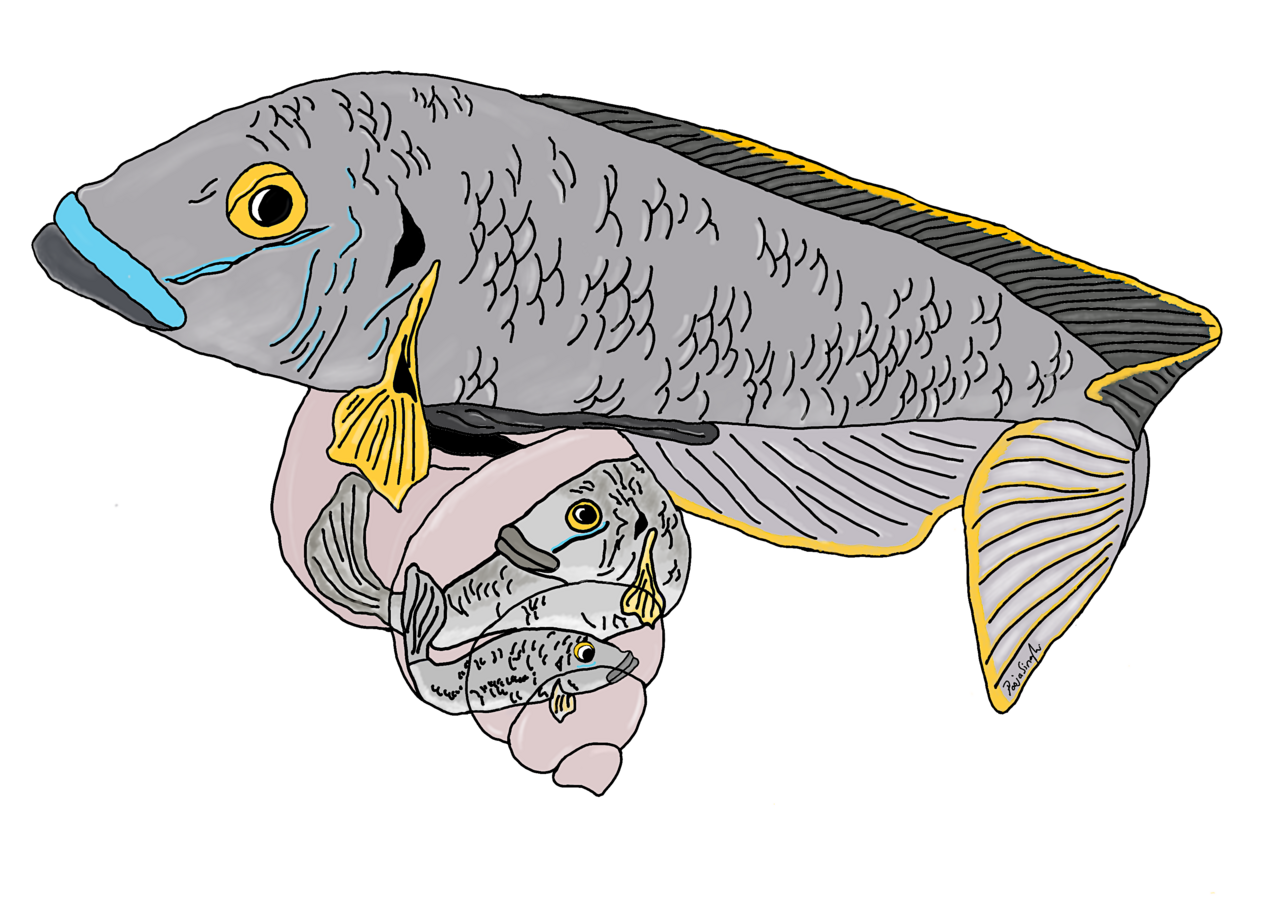