"The rapid development as far as we can judge of all the higher plants within recent geological times is an abominable mystery." Charles Darwin in a letter to Joseph Hooker, 1879
Christine Bacon
Associate Professor, University of Gothenburg
Follow
Liked by Susanne Renner and 2 others
The Earth and its biodiversity are abound with abominable mysteries. Darwin long pondered the evolution of flowering plants and interpreted the fossil record to suggest that plants evolved suddenly and with great diversity in the Cretaceous (ca. 130-100 Ma). Many of us working in evolutionary biology have been stumped by our results that show differing ages of origin and clade divergences when based on rocks or clocks. In my own work, I have asked how are ancient rainforests only represented in more recent times in the fossil record? Why are there so few fossils of orchids and bromeliads?
Early flowering plant evolution has long escaped understanding. The fossil record we have to study today is now much better sampled than what was available to Darwin. Modern microscopic analysis of pollen has revealed the angiosperm fossil record extends to much earlier into the Cretaceous than the macrofossil record reviewed by Darwin and his colleauges, with some possible records extending to the late Triassic (>200 Ma). When we use DNA data to infer molecular phylogenies and estimate relationships and the evolutionary history of flowering plants we find substantially older ages, perhaps even as old as the Permian (ca. 299-252 Ma), but the oldest accepted fossil of angiosperms are only about 135 Ma. How it possible that rocks and clocks offer such contrasting perspectives?
A 2019 paper in Nature Plants (Li et al. 2019) planted a seed (pun intended) highlighting the problem. The authors developed a gigantic molecular dataset and dated it in absolute time with a large number of fossils, finding molecular ages to be much older than fossil ages, yet again. What they termed the “Jurassic Gap” had me hooked and I communicated with my friend and close collaborator Daniele Silvestro. On a train to Fribourg, Switzerland, Silvestro sketched out ideas for a Bayesian model that would better leverage age information from fossils. We discussed the problem on Slack and he suggested that collaborators at the Xishuangbanna Tropical Botanical Garden in China could help us get at this Jurassic Gap explicitly.

Yao-Wu Xing and his team at the Xishuangbanna Tropical Botanical Garden have long been examining the paleobotanical record to infer patterns of diversification (Xing et al. 2016). To address the two abominable mysteries we had set out to solve, the age of flowering plants and the age differences between rocks and clocks, Xing and his team compiled the largest flowering plant fossil data set to date. The dataset includes ~15,000 fossil occurrences across 198 flowering plant families. To complement this, we used the living diversity of the families in the fossil dataset (Christenhusz and Byng 2016).

Using these data, Silvestro developed a new Bayesian mathematical model to infer the age of origin of clades on the basis of its present diversity and known fossil record. His new method is specifically designed to accommodate not only fossil-rich groups but also clades with extremely poor sampling. These analyses provided estimates of the origins of the flowering plant families in our dataset. We then compared these ages to the crown ages derived from a molecular clock study to examine the two mysteries (Magallón et al. 2015).
Our results show that several families originated in the Jurassic, strongly rejecting a Cretaceous origin for flowering plants. Our results also identify a significant increase in lineage accumulation from 125 to 72 million years ago, supporting Darwin’s hypothesis of a rapid Cretaceous diversification. Taken together, our results demonstrate that a pre-Cretaceous origin of flowering plant is supported not only by molecular clock approaches but also by analyses of the fossil record that explicitly correct for incomplete sampling.
While resolving the tempo and mode of flowering plant evolution is of fundamental importance to the understanding of plant diversity and biodiversity in general, our work goes beyond this frontier by also addressing the mystery of the rocks / clocks divide. The method we present in our paper more appropriately models clade origin while integrating out all plausible diversification histories thus being less constrained by model assumptions often associated with birth–death processes. The method also provides a more realistic and robust interpretation of the fossil record, compared with a literal reading of paleontological data. The rocks / clocks divide may also be compounded by the assumption of equivalency between living and extinct species and differences between species concepts (Silvestro 2018), which future developments of the model should aim to correct.
You can freely access our paper at https://rdcu.be/cenpa
References

michael e
over 1 year ago

Same problem with the earliest plants and arthropods - wonder what the solution is?

Christine Bacon
over 1 year ago

Solutions include continued innovation of new methodological tools to better understand data and to increase the data we have through field and museum work.

Susanne Renner
over 1 year ago

Stephen Smith, Jeremy Beaulieu and Michael Donoghue (PNAS March 2010) pointed out that the major lineages of holometabolic insects all date to the late Permian (ca 254 Ma ago), close to the time of early angios inferred from molecular clocks. This temporal match always made a strong argument... 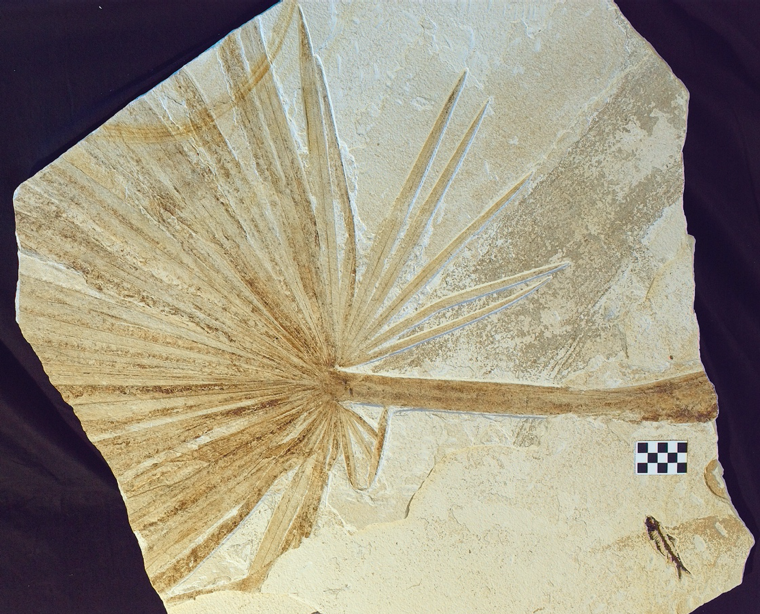 "The rapid development as far as we can judge of all the higher plants within recent geological times is an abominable mystery." Charles Darwin in a letter to Joseph Hooker, 1879