Norwegian orcas were long thought to eat just fish, with low levels of hazardous pollutants. By pulling together a “dream team” of whale biologists, pollution and food web experts, drone pilots and local knowledge, we found a more complex diet… with important health implications for the orcas.
Clare Andvik, Katrine Borga & Jourdain
3 contributors
Like Be the first to like this
0

The story starts when Eve Jourdain moved to northern Norway in 2013 to work as a naturalist on board whale watching expeditions. At the time, locals told Eve that orcas were only present in the winter months, when they follow the large masses of herring moving into the fjords for the winter. Due to this massive winter-feeding frenzy of hundreds of orcas, the Norwegian population has historically been classed as a fish-eating population. Research then had primarily focused on their interaction with herring, including their specialised hunting technique.

Eve, however, was intrigued by the few reports and articles of some Norwegian orcas also eating seals. In 2015, she and her partner Richard Karoliussen established the non-profit research organisation Norwegian Orca Survey, and committed to studying orcas in Norway all year round. Thanks to Richard’s local knowledge of the area, and experience with boats and drones, they headed out to sea in all kinds of conditions to document the presence and behaviour of orcas.

It soon became obvious that orcas could be found around Andenes, the main base of the project in Arctic Norway, in every month of the year, and that they eat much more than just herring. Several groups of orcas were identified that regularly ate seals, and astonishingly the same individuals could be identified eating seals way back in the late 1980s!

Clare Andvik joined the Norwegian Orca Survey team in 2016, and started her masters in toxicology at the Department of Biosciences, University of Oslo in 2017. Clare was interested in investigating if the dietary differences in the orcas were also reflected in different pollutants levels. She approached Professor of Ecotoxicology Katrine Borgå for supervision, and this was the start of the dream team! Katrine had decades of experience in trophic ecology and ecotoxicology including the movement and biomagnification of pollutants in food webs, and her research group works with organisms ranging from copepods to seabirds and marine mammals. She thus had all the necessary tools to apply to orcas, and to interpret the data in the context of trophic ecotoxicology. Together with the Environmental Toxicology Laboratory at the Norwegian University of Life Sciences, the team was complete to take on the challenge!

Eating seals is not just an interesting extra fact about Norwegian orcas; it can have important implications for the health of individuals and the population. Persistent organic pollutants, such as the industrial chemicals PCB, the pesticide DDT, and other toxic chemicals bioaccumulate and biomagnify to high levels in food webs. Top predators such as orcas accumulate the highest pollutant levels, which increase by each trophic level.  High contaminant levels can lead to immune suppression, reduced reproductive success and other health effects. Previous measurements of pollutants in Norwegian orcas in 2002 found low levels, and all subsequent toxicological risk assessments thus classed the population as at a low risk of health effects. However, the previous study had a low sample size, and presumably consisted only of herring-eating whales.

We asked ourselves - What would the pollutant levels be in the seal-eaters, are there declines in environmental pollutant levels in response to international regulations, and could this make a difference to risk assessments for this population?

We first confirmed that the occasional observation of individual orcas eating seals, was in fact a more consistent pattern, by using stable isotope analysis

We then quantified various legacy and emerging persistent organic pollutants, and mercury, with the main findings that the seal-eating orcas have much higher levels of all pollutants than the fish-eaters. Moreover, even unregulated chemicals, like the emerging brominated flame retardants PBEB, PBT and HBB, accumulate in the whales.

Every single one of the seal-eaters was over the threshold for PCB-mediated health effects (compared to 46% of fish-eaters), and 40% were above the threshold for a risk of effects from mercury (compared to no fish-eaters). These thresholds indicate a potential for impact on both individual and population health, as the pollutants can reduce reproductive success and lead to possible population decline. It was thus very clear that it is important to take into account dietary differences within a population when assessing its risk to pollutants!

Clare finished her master in 2019, and Eve submitted her Dr Philos on Norwegian orcas to the University of Oslo spring 2020, of which this paper is a part. “The dream team” now hope to continue working together, as there are many more research questions to address. For example, what proportion of the population include seal in their diet? Do these different dietary habits influence the population’s genetic structure? Are the differences in pollution levels reflected in various effects measures? With our long ecotoxicological and marine biology experience, long-term dataset, and ability to identify individuals, we hope to answer these questions and more in the next few years.

Click here for a 12 minute presentation of this research 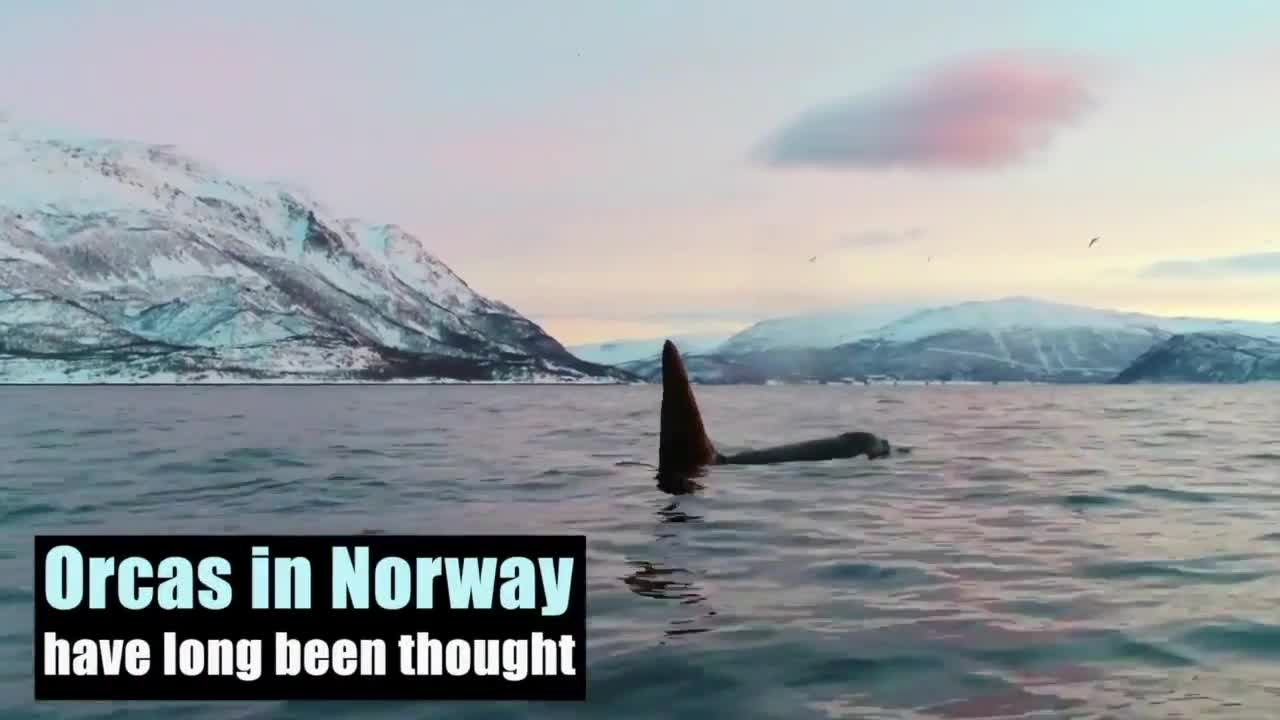 Norwegian orcas were long thought to eat just fish, with low levels of hazardous pollutants. By pulling together a “dream team” of whale biologists, pollution and food web experts, drone pilots and local knowledge, we found a more complex diet… with important health implications for the orcas.